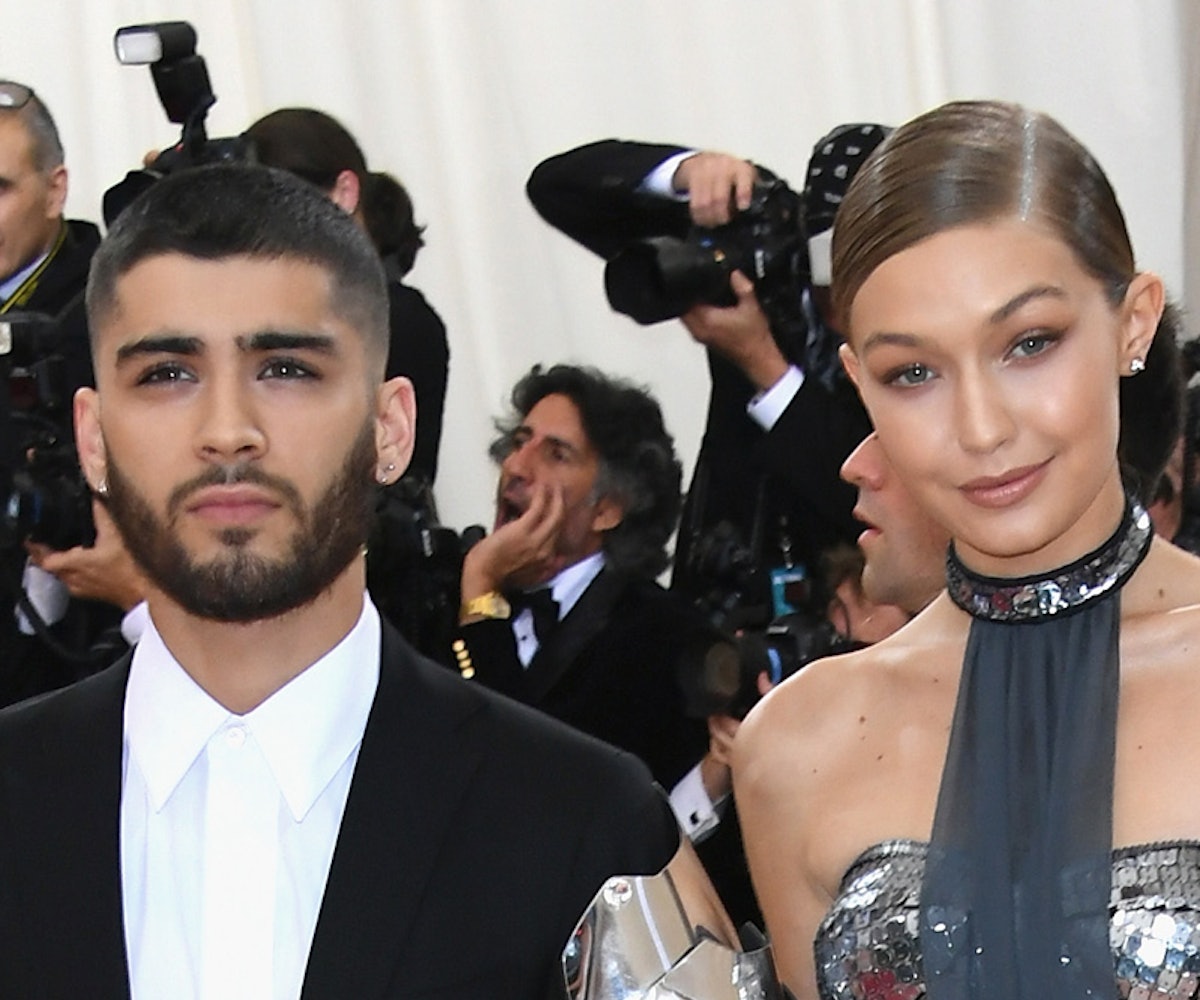 Photo by Larry Busacca / Getty Images
by daniel barna
May 3, 2016

Zayn Malik and Gigi Hadid attended the Met Gala together Monday, and because it was their first time walking a red carpet of this caliber as a couple, you just knew they would be looking to turn heads. Well, they didn't disappoint.

Malik and Hadid chose to take this year's theme of “Manus x Machina: Fashion in an Age of Technology”—which explores the intersection between fashion and technology—quite literally.

Hadid stunned in a custom black Tommy Hilfiger gown complete with a metallic corset while Malik—perhaps super excited for this week's release of Captain America: Civil War—looked like he borrowed part of Iron Man's suit for the occasion. No, really. Malik’s arms were wrapped in metal plates, which made him look like a cyborg with bionic arms. The pop star had Versace to thank for his eye-popping armored sleeves, which he did on social media. "Thank you @Versace for my sick outfit tonight at met gala!" Malik tweeted.

Malik and Hadid weren't the only young lovers to turn heads Monday night. Hadid's younger sister Bella also attended with her boyfriend, The Weeknd, but the night clearly belonged to Gigi and Zayn, whose romance continues to blossom despite being the subject of intense media scrutiny.

Check out their futuristic look, below.