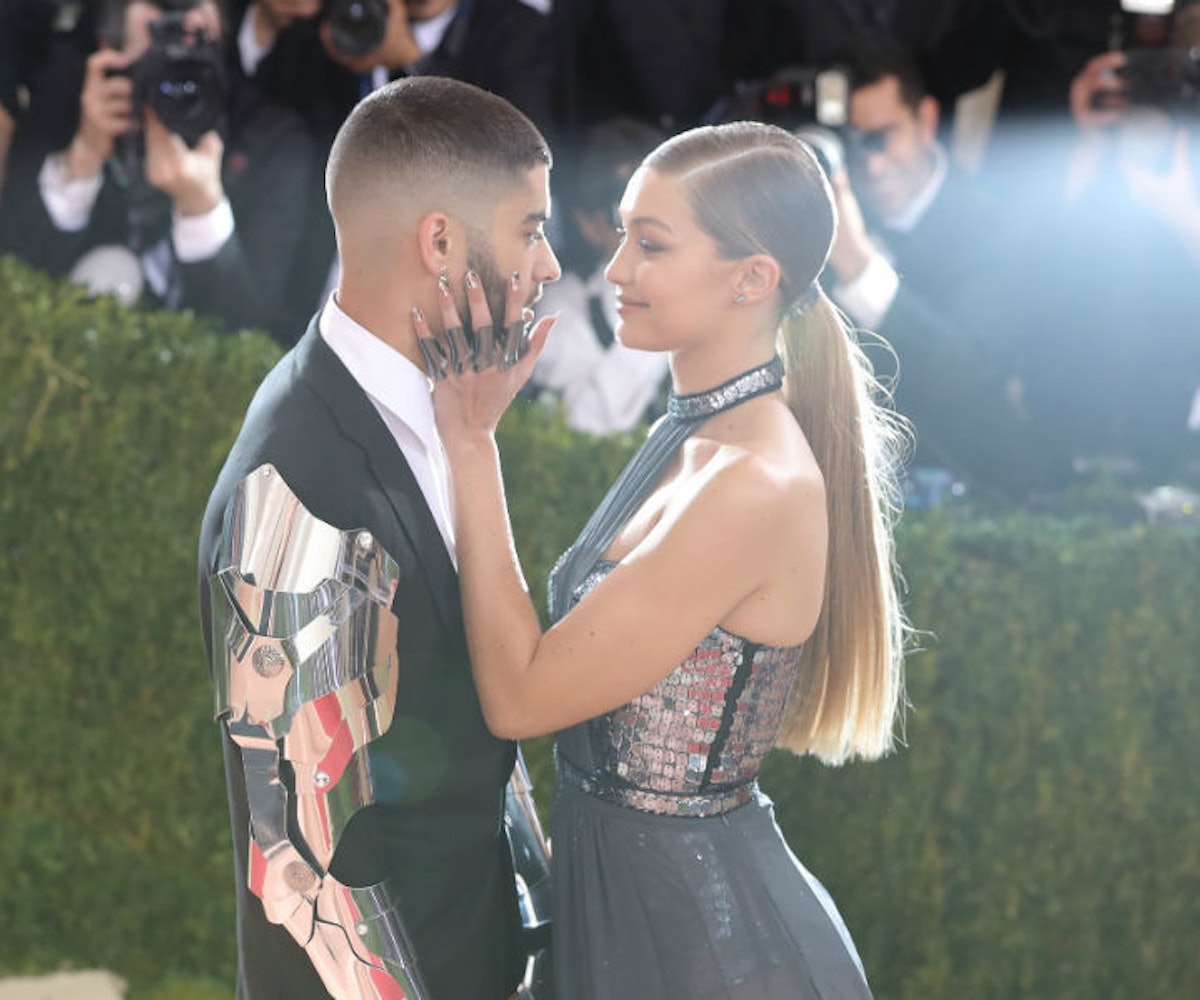 Photo by Neilson Barnard/Getty Images for The Huffington Post.

Zayn Malik may have purged his Instagram account of everything Gigi Hadid (well, in his defense, he cleared it of… everything), but his ex is clearly still on his mind.

The former One Direction band member released a video for his new single, “Let Me,” early this morning. In it, he plays a drug-dealing, ass-kicking man caught up in some bad business. His love interest in the short film is model Sofia Jamora, who ends up being held at gunpoint toward the end and… well, we won’t spoil it. All you really need to know is Jamora bears serious resemblance to one other model he just parted ways with.

Are the two identical? Definitely not, but they share similar traits like wavy dirty blonde hair, lightly-colored eyes, and pouty lips. Lest we forget, Hadid starred in Malik’s first solo video, “Pillowtalk,” so maybe he just enjoys having models by his side when singing about love. That, or he just has a type (and that type happens to look like Hadid).

Jump to your own conclusions after watching the video, below.

NEXT UP
Entertainment
19 Niche Music Festivals For Every Type Of Person
Entertainment
Annie DiRusso Makes Indie Rock For Your Growing Pains
Entertainment
Ebony Riley's "Deuce Deuce" & 9 Other New Songs Out This Week
Entertainment
Beyoncé Is Now The Most Awarded Artist In Grammy History
Style + Culture, delivered straight to your inbox.