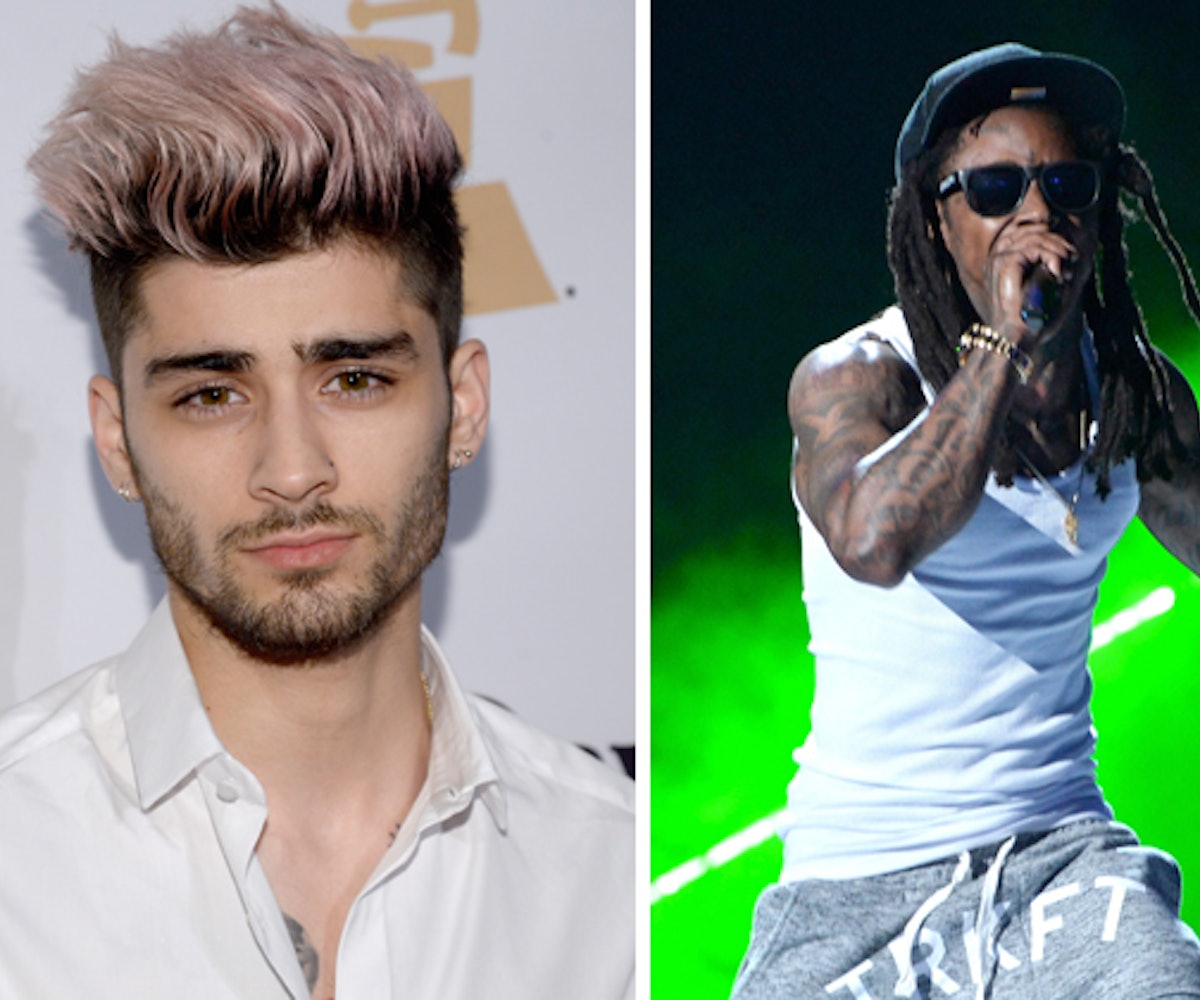 We never thought we'd see the day when Zayn Malik would have to fend off comparisons to any rapper, let alone Lil Wayne. But that was before the former One Directioner unveiled the cover of his debut solo album, Mind of Mine, which features a baby photo of him superimposed with all of his current-day sleeve tattoos. This concept was a bit too similar to Wayne's instantly recognizable art for Tha Carter IV, and a whirlwind of copycat accusations ensued.

Last night, Zayn fired back on Twitter, bluntly insisting that his ideas had absolutely nothing to do with Wayne's cover art and that he's "not tryna be no rapper."

He then proceeded to retweet a fan who pointed out that plenty of artists have used baby photos on their album art. And luckily for the singer, Mind of Mine producer MYKL came through with some not-so-coincidental damage control: an Insta vid of Zayn's newest song, "Drunk All Summer." He's been teasing the single on and off on Snapchat for weeks, and now it's partially here and crystal clear. Preview the R&B-infused track, below.