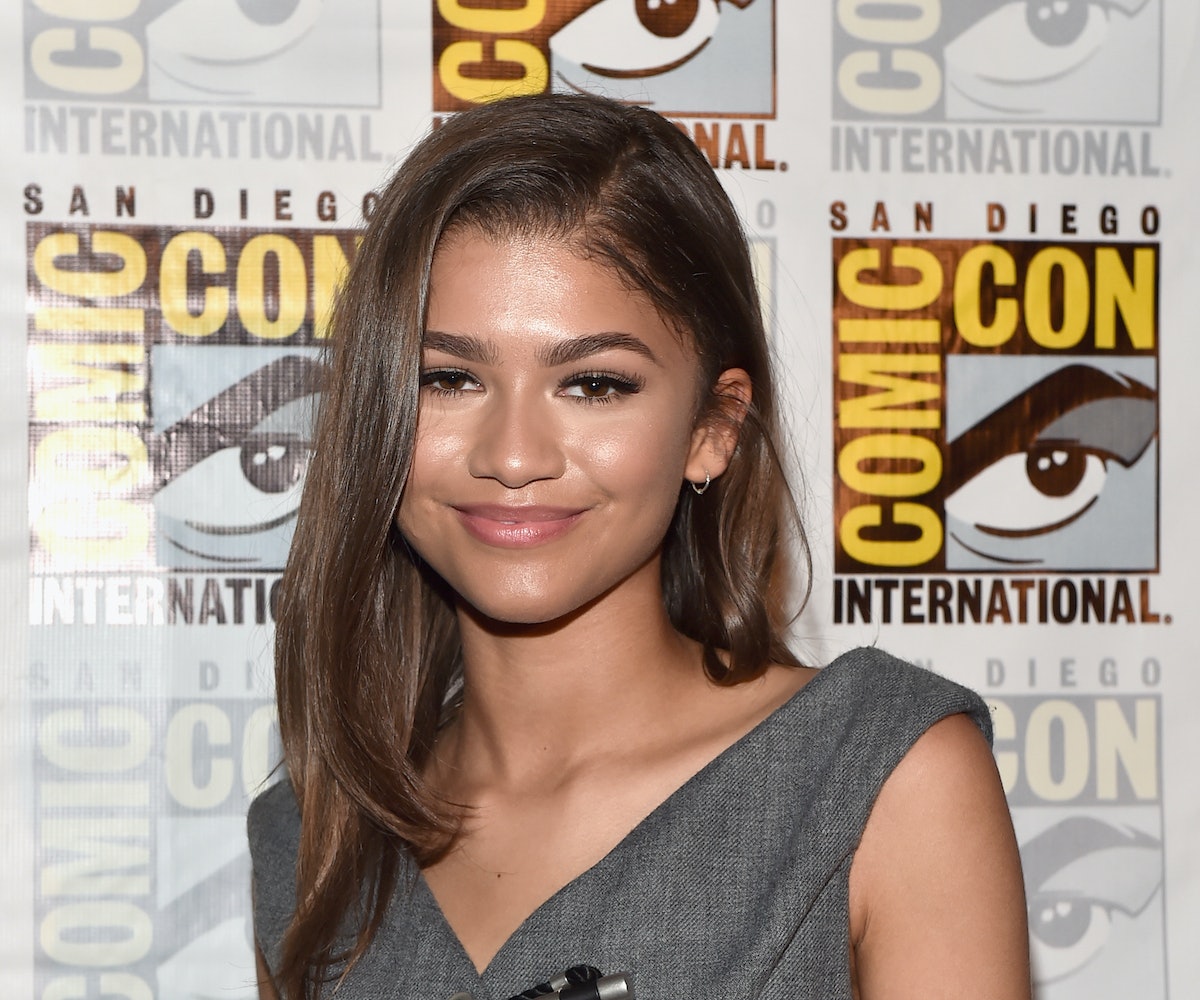 When Zendaya was cast as the female lead in Spider-Man: Homecoming, Marvel and Sony made the curious move of not revealing which character she would be playing. Would it be Peter Parker's classic love interest Mary Jane Watson—made famous by Kirsten Dunst—or someone less familiar to the audiences? And why was it being kept under wraps?

When footage screened at Comic-Con last July, fans noted that Zendaya's character, with her tousled hair and nerd-chic look, appeared to be playing an entirely new character. But because in this world, secrets are no longer allowed to exist, we now know the truth: Zendaya will, in fact, be playing Mary Jane. The Wrap has the somewhat spoilery scoop, and Vulture is going even further, claiming that the character's true identity was going to only be revealed at the end of the film when she asks Parker (played by Tom Holland) to call her "M.J."

It's cool that Marvel is bringing back the iconic character (she was replaced by Emma Stone's Gwen Stacy in the last two Spider-Man movies), but what's even cooler is that she's being played by a woman of color. The Spider-Man: Homecoming cast was already especially diverse—with names likes Hannibal Burress, Laura Harrier, and Donald Glover dotting the call sheet—but Zendaya's casting as the traditionally red-headed Mary Jane Watson is an encouraging sign that Marvel is not as beholden to the traditional portrayal of its characters in the comic books, and is becoming more willing to bend the rules. And, that's a very good thing.