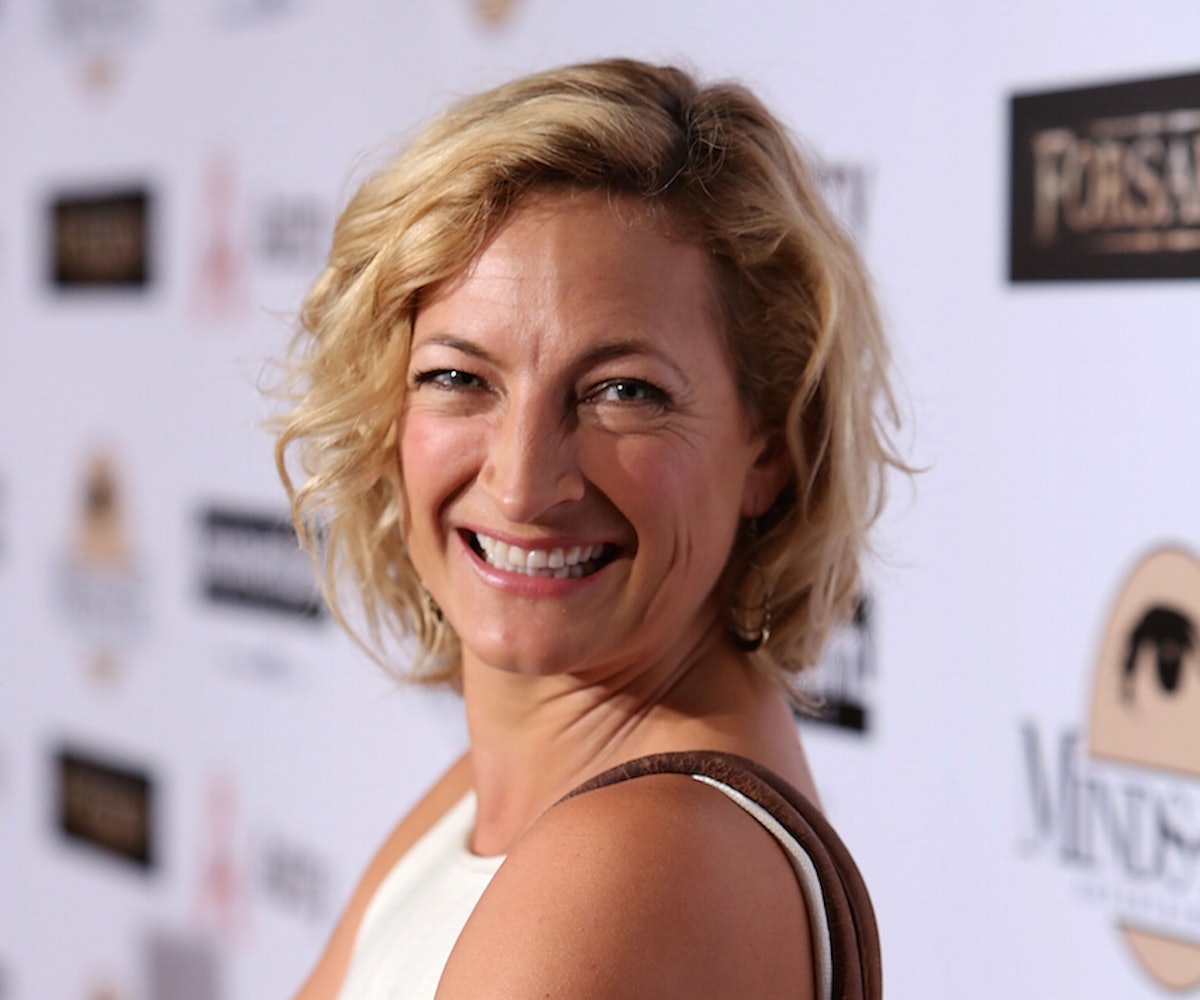 's most eye-popping scenes, Uma Thurman and Vivica A. Fox attempt to mutually destroy each other in a suburban kitchen. Only it wasn't really Thurman taking all those bone-crunching hits—most of it was New Zealand native and veteran stuntwoman Zoë Bell, who has built a career in Hollywood out of doing what other people are too scared to. Tarantino was so impressed with Bell's stunt work that he cast her as herself in his 2007 thriller

(where she memorably hung off the hood of a speeding car), thus launching her acting career. (Most recently, Bell had a brief but memorable cameo in Tarantino's

.) Bell's latest turn in front of the camera is in

, an indie thriller set in the lawless Colombian jungle. She plays Avery, a conflicted war journalist forced to fight for her life against crazed guerrilla soldiers. It's breathless, raw, and, very gory, and comes with the added thrill of knowing that its lead actress is doing her own stunts. We chatted with Bell about her new film, insane stunts, and baring all emotionally:

With the life-or-death circumstances and tough love with Mother Nature, this film reminded me of The Revenant, in a way—only you were fighting in the brutal heat, not the cold. What was it like filming in the Hawaiian jungle?

First of all, that's incredibly flattering. I quite enjoyed the craziness of our shoot in the jungle, but it's definitely challenging. There are these little troubles of shooting in the heat and in the jungle—the humidity and when you're working in muddy floods, or when the toilets are miles away and when there's poisonous water... But at the end of the day, you know you're in Hawaii. You'd have to be somewhat mad to be complaining the entire time, and not stop and appreciate it.

You're all about action. Was it the gritty sequences that attracted you to this film?

It wasn't actually the action sequences at all. When Josh [Waller, the film's director] approached me, it was about the character and the story line. She was really authentic, and she struck me as a really intelligent and relatable female character.

Definitely relatable, although if I were in her situation, I'd be immediate toast.

She is a badass, but she's never been the hero, and that really appealed to me. She's got her own demons, and I thought that story would be really fun to tell. She starts out normal. She's just trying to document these people's lives.

What do you find more exhausting, physical or emotional performances?

It's a different kind of exhaustion. I feel more drained at the end of an emotional sequence. It's actually similar, in a way—there's an adrenaline that pumps through. But, you know, there's this real emotional sleepiness that comes post-cry. At the end of those days I was running on empty—actually, every day [laughs]. With Avery, my emotions were engaged because I

her. With Quentin, I was more an athlete than an actor. But you can't escape the character when acting fully.

Speaking of Quentin, what was it like going directly from The Hateful Eight to this film?

We tried to cram them both in, and it was rough. But it was worth it, and probably even rougher for the producers. But we managed with a couple of weeks of training between. There's definitely a reentry phase; when I'm too tired, I have a hard time being authentic and being truthful.

Is there anything in a stunt or a film that still scares you?

You know, I'm really up for anything. After years of hurting yourself, you just trust your body to tell you whether you'll be capable of something, especially if it pushes the character into a new place. But there are limits. As an actor, I'd love to do comedy, but I have to stop sometimes and know where I stand. You know, a lot of people thought that what I've done [in recent films] is not what's considered in my wheelhouse. I'm really excited about pushing these boundaries.