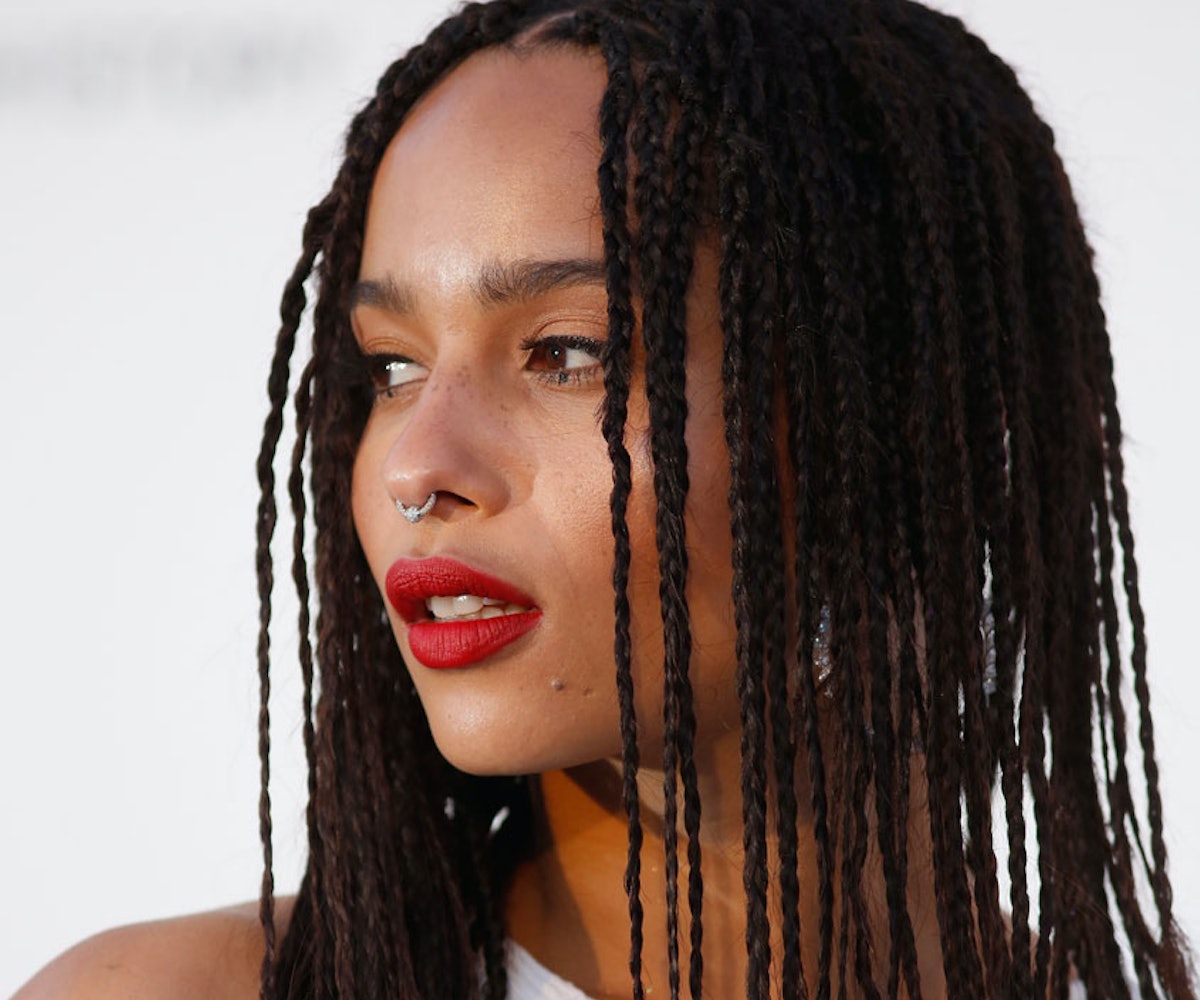 As the daughter of everyone's favorite '90s couple, Lenny Kravitz and Lisa Bonet, the "celebrity child" descriptor will probably always follow Zoë Kravitz around, despite the fact that she surpassed the term long ago. With major feature and indie films under her belt, as well as a gig fronting one of our favorite bands, LOLAWOLF, the 26-year-old has developed a persona and style all her own. But, when you grow up in the spotlight and are forced into the public eye, every choice documented on and off the red carpet. While there are definite downsides to this—Kravitz has spoken openly about how these pressures led to an eating disorder—it also makes stars all the more relatable. After all, we all participated in our fair share of trends, both good and bad, and experimented with our looks. Now, we give you Kravitz's style evolution, a.k.a., a visual representation of how she's really come into her own.

the style evolution of rihanna

the style evolution of katy perry

The Kravitz family only has one rule: When on the red carpet, wear leather jackets. Bonus points if you add a matching hat.

The only thing more 2005 than wearing a white tank, gray suit vest, and bangles is Kelly Clarkson.

Is it just us, or is it refreshing to see a 19-year-old actually dress her age on the red carpet?

Although this seafoam velvet gown was baggy and ill-fitting, you have to appreciate the effort put into this Old Hollywood look.

There is just a lot going on in this look, but you know you'd totally play dress up to sit front row at fashion week. Admit it.

To those who never thought you could make a knit dress look both cool and super-chic, well, we raise you this picture.

Three years later, the slinky, loose velvet dress re-emerges. This time, though, it looks much more '90s-inspired, which really works for Zoë.

Everybody makes mistakes and, in 2011, most of those mistakes involved making any and every outfit twee. Polka-dot stockings just don't really work. Period.

Meeting Alexander Wang was definitely one of the greatest things to happen to Kravitz's style.

Lady's a vamp. What else can we say?

With her Alexander Wang two-piece, silver jewelry, smoky cat eye, and braids, Zoë is basically the 2015 reincarnation of Medusa.

Now *this* is how you wear a bra and a blazer.

All you need to make a sweet, ladylike embellished two-piece look totally badass is a septum piercing, slicked-back hair, and a killer stare.

Is "Rocker's Daughter Off Duty" a thing? Let's make it a thing.

When a monochromatic beauty and fashion look works, it works.

We love how her wavy baby hair offsets the linear, graphic pattern of her jacket.

This metal-mesh dress was made for Zoë.

Now we have Frank Ocean's "Pyramids" stuck in our head.

NEXT UP
Shopping
49 Cool Things Under $30 That You'll Get A Sh*t Ton Of Use Out Of
Life
NYLON Daily Newsletter: December 7, 2022
Culture
Death Cab For Cutie & Postal Service Are Co-Headlining A 20th Anniversary Tour
Nylon Nights
NYLON Party Report Card: Hublot Brings the World Cup to Art Basel Miami