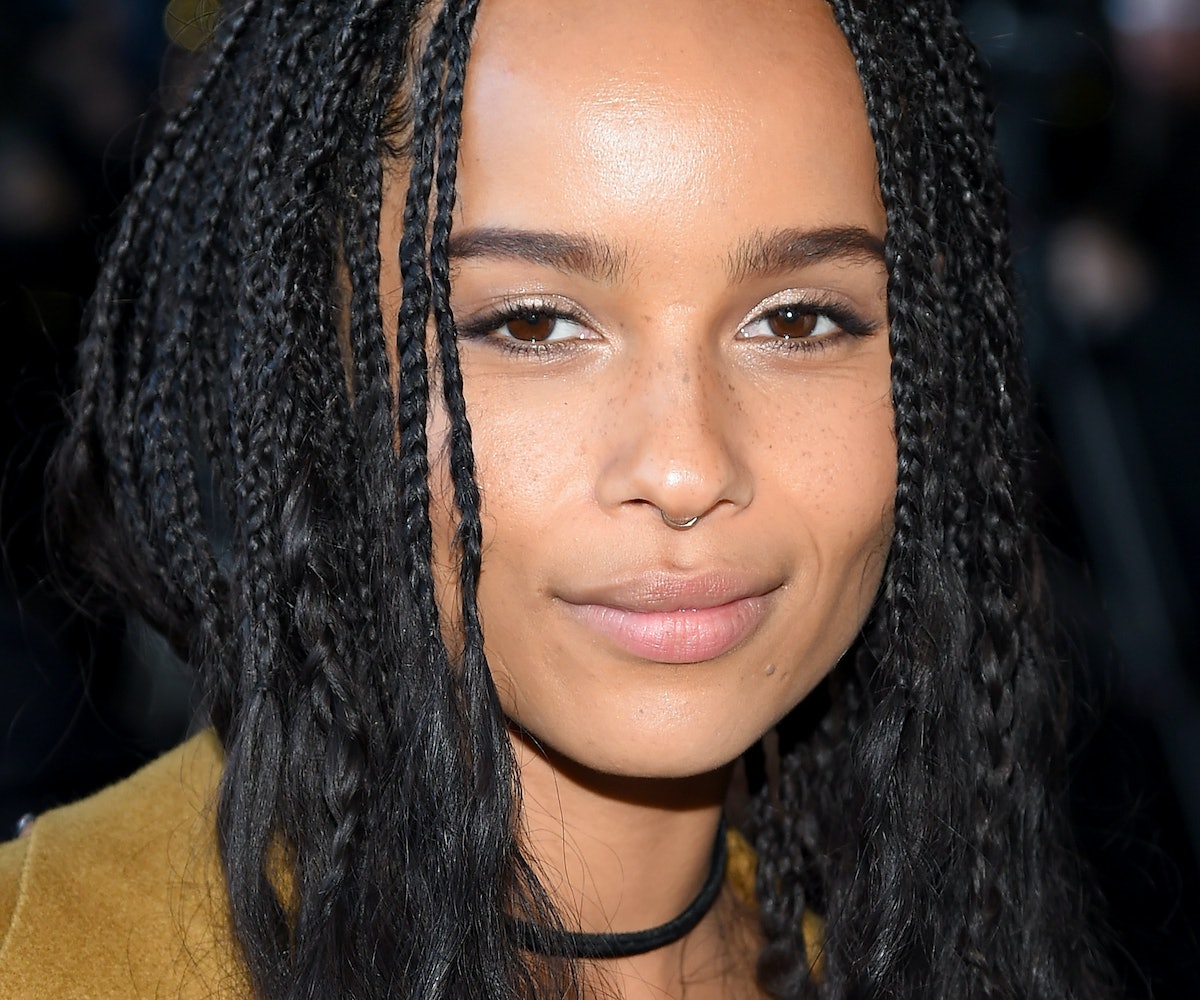 Zoë Kravitz is always onto the next big thing, and she's already been tapped to co-star in a thriller with Lola Kirke and John Cho. According to The Hollywood Reporter, the actor-singer has been cast for a starring role in a new series, titled Gemini.

The show will be written and directed by Aaron Katz, who has shared few details about the plot. Aside from our three leading stars, Ricki Lake of The Ricki Lake Show, Nelson Franklin from The Millers, and Michelle Forbes from True Blood will all appear in continuing roles throughout the series.

Kravitz recently took on a role in the comedy Rock That Body, with Kate McKinnon and Scarlett Johansson, following the third installment of the Divergent series, Allegiant. (She has also been busy being the new muse of Yves Saint Laurent Beauty.) Cho will continue to appear as Sulu in Star Trek Beyond, and HBO recently renewed Kirke’s show Mozart in the Jungle. It goes without saying that all of them have a lot on their plates at the moment, but we're sure that it's all very exciting.

We can't wait to see how Gemini develops over the next few months, and will continue to keep you updated as we get more information. If you want to experience the ultimate Flashback Friday, read our cover story with Kravitz from the August 2015 issue.