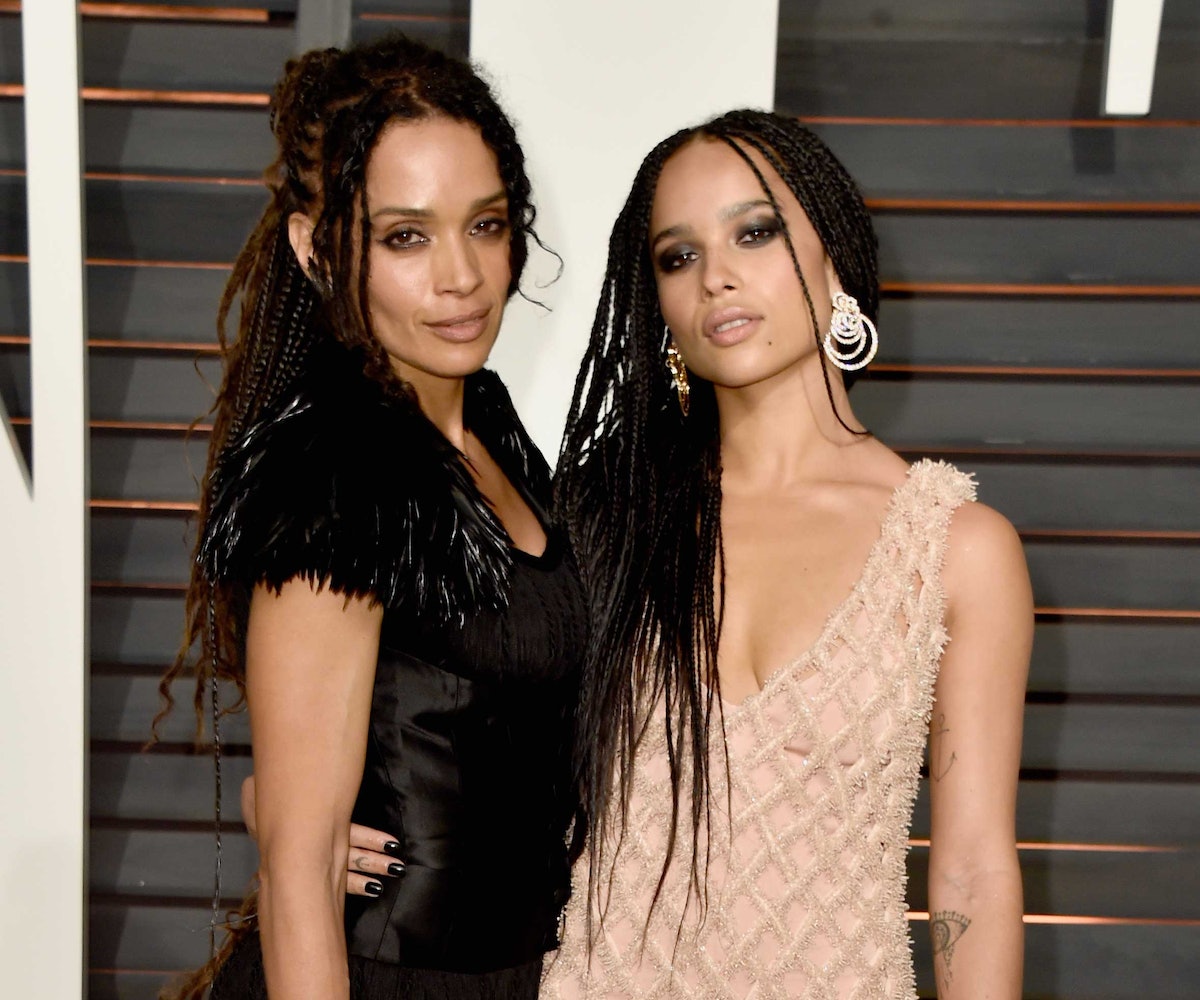 Zoë Kravitz has worked hard to set herself apart from the "celebrity child" label. And while her independent projects, from her band LOLAWOLF to her role in the Divergent franchise, have certainly highlighted her individual talents, it seems like the conversation around Kravitz will always inevitably circle around to her parents—Lenny Kravitz and Lisa Bonet. In an interview with The Guardian, after speaking about race, comedy, and outrage on the Internet, Kravitz talked about her parents' relationship and, then, her mother's relationship with her Cosby Show co-star, Bill Cosby.

When asked if her mother spoke about the allegations against Bill Cosby (more than 40 women have come forward with stories about how Cosby drugged, raped, and sexually abused them), Kravitz responded, "She hasn’t, she really hasn’t. She’d plead the fifth, even to me. I think she’s just staying out of it. She’s just as disgusted and concerned as everyone else is, but I don’t think she has any insight. It’s news to her, as well.”

The writer, Henry Barnes, then asked her if she understood why people would think that her mother had known something. “Of course,” she answered. “She was on the show for a long time. She’s also a beautiful woman. It makes people wonder. She’s a very straightforward person. If there was something she felt the world needed to know that would help this case or help any women who had been abused, she would say something.”

Bill Cosby's Deposition, And Why We Need To Talk About Consent

NEXT UP
Entertainment
Who Will Rihanna Bring To The Super Bowl?
Life
ask a witch love spells
Life
Manifesting Your Best Life By Working With Spirit Guides
Fashion
Saint Laurent's Front Row Was Black And Pink And Blackpink All Over