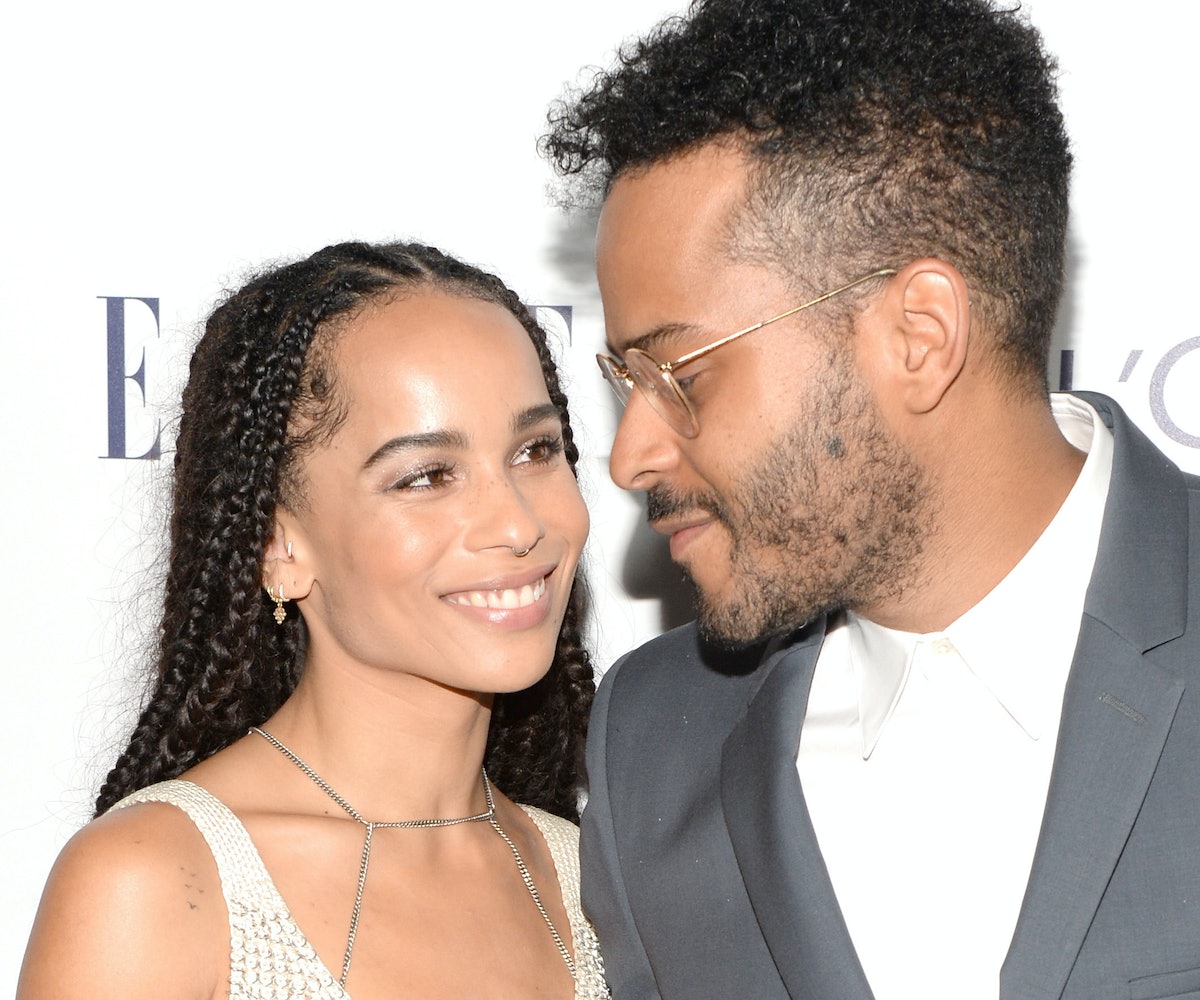 Last night, Zoë Kravitz attended the 22nd Annual Elle Women In Hollywood Awards. As most celebrities do, the versatile singer and actress brought a date for the glamorous occasion. Zoë's special plus-one for the evening was her boyfriend, George Lewis Jr., a.k.a. Twin Shadow. The two have been canoodling since their bands went on tour together back in April, and Zoë has been especially close to George since his horrific bus crash. (On the real, the couple that covers Sade together stays together.)

We interviewed George when Zoë starred on our August cover, and he cited her "big heart" as her best attribute, along with being as “down-to-earth" as we would expect her to be. “She surprises you with how natural she is," he added. They're kind of the ideal indie couple and we're totally obsessed with the union of their beautiful souls.

Fingers crossed that the lovers record a duet or make a mixtape together, because we need it to happen.