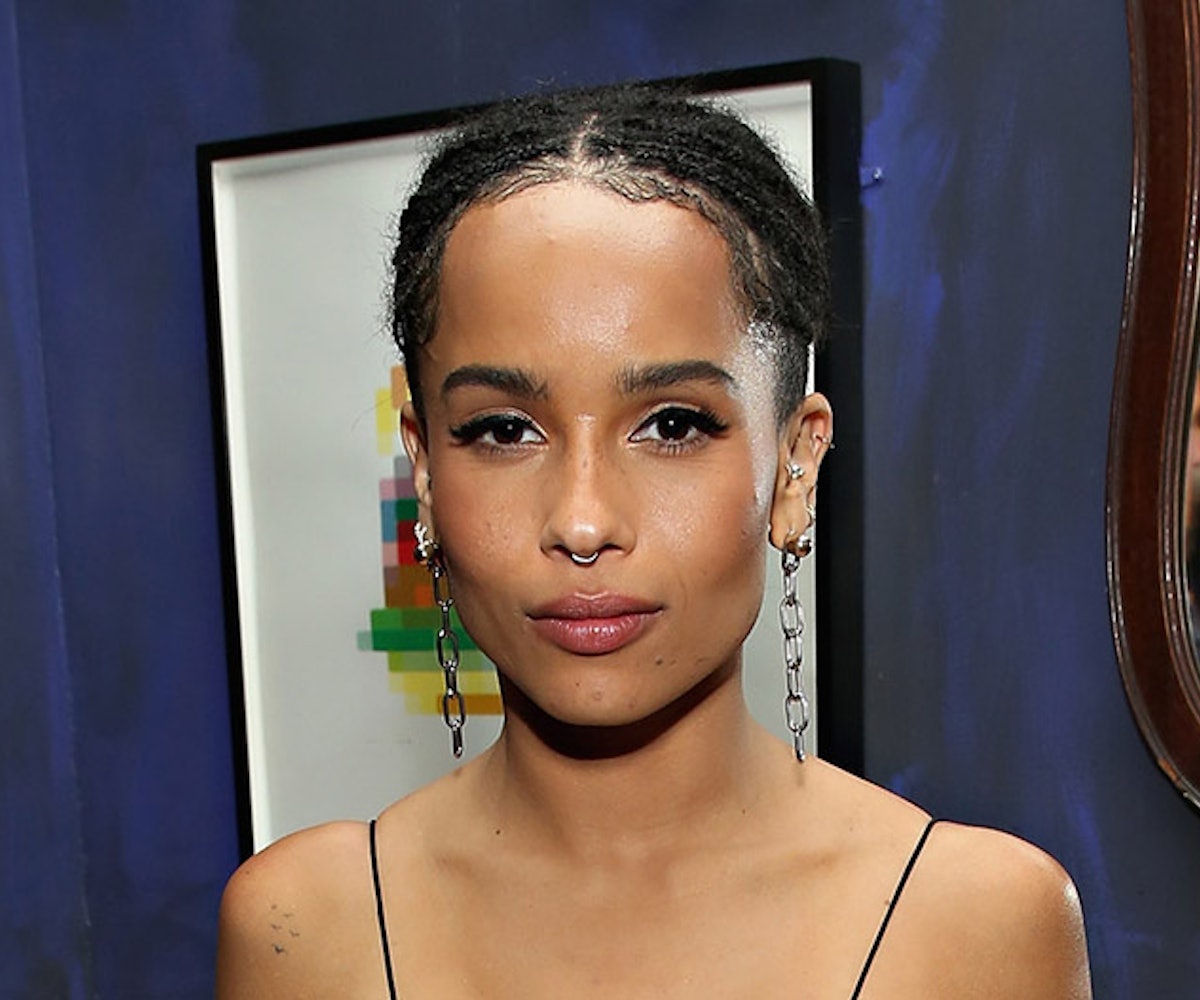 Zoë Kravitz, the multitalented daughter of Lenny Kravitz and Lisa Bonet was out promoting her new film during Tribeca Film Festival, Vincent-N-Roxxy, which premiered early this week. In the film, she plays a rebellious punk rocker named Roxxy who falls in love with a small-town loner. Based on this alone, we can only imagine that her character’s wardrobe is something to envy.

For the after-party, which took place on Monday night at New York City’s Black Market, Kravitz managed to channel the essence of Roxxy while looking extremely sleek and put together. She opted for a floor-length black dress that featured a plunging (yet tasteful) sheer panel on the bodice and skinny straps. Something about her chain-like earrings and exposed tattoos made this dress look super tough, even with the delicately pinned-back hair.

We think her look is a little bit witchy, unabashedly badass, and extremely elegant and sophisticated. Overall, Kravitz slayed.