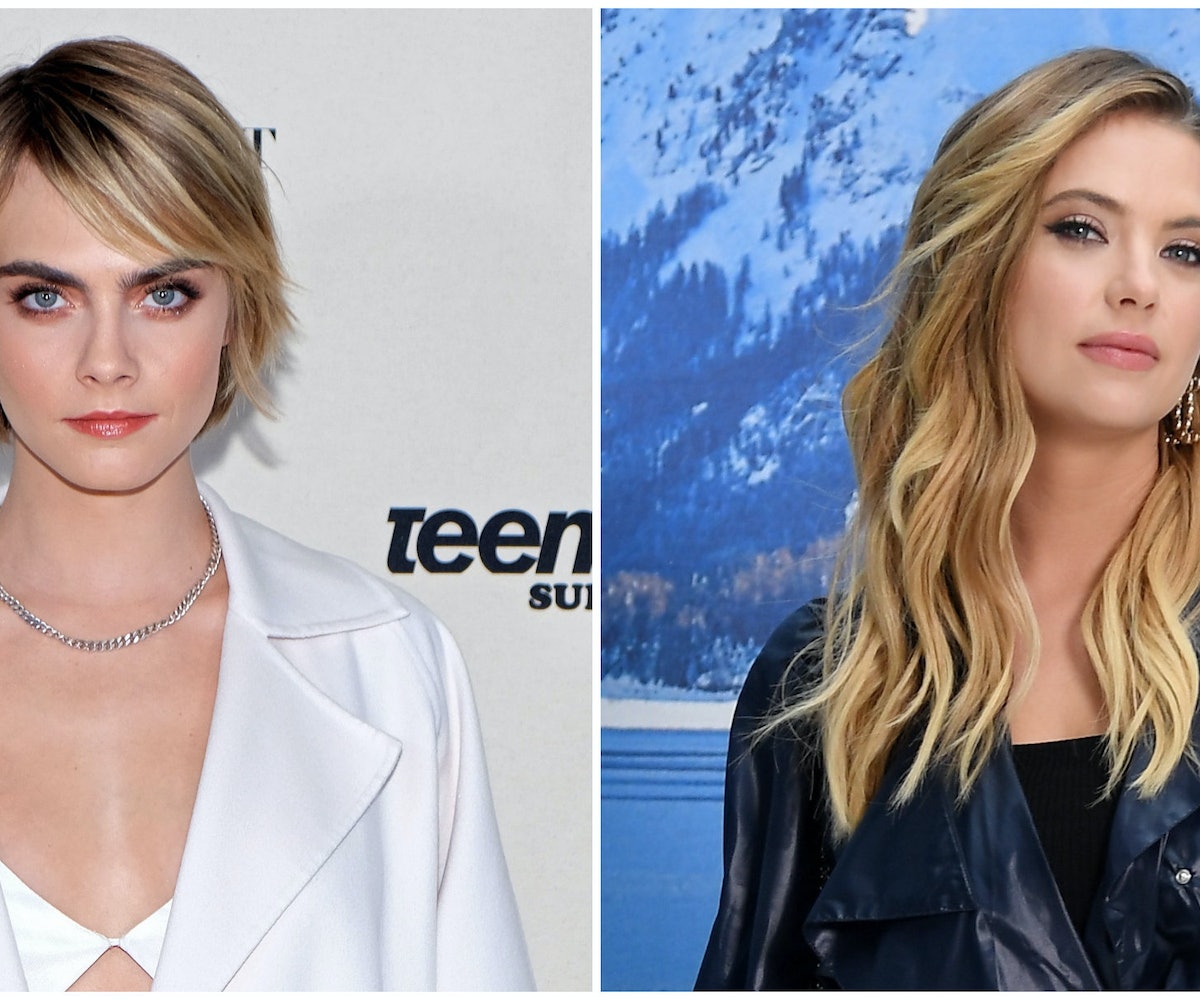 Cara Delevingne and Ashley Benson both responded to trolls who should have stayed in their lane rather than commenting on their alleged relationship.

Delevingne and Benson, who have been rumored to be in a relationship since last year, both stumbled across an Instagram post from a private account, which claims to show Delevingne "tying up and slapping a woman." The original poster, @rashleyyyp, wrote in her caption that "Ashley deserves better!"

One commenter, who both Delevingne and Benson responded to, wrote a homophobic comment on the post. "I'm serious you need to stay away from that devil and never go back," he wrote. "I'm sure many strong handsome religious man would take you back in a heartbeat. You are not like this you aren't gay you love men and you need one."

Of course, this person likely has never met Benson and does not know her personally. She responded to him, telling him that he "need[s] to mind [his] own business" and "stop making things up."

Delevingne's response addresses both the person who posted the video and the person behind the homophobic comment. "If you have a problem with true love then come and say this shit to my face instead of pathetically hating through Instagram," she wrote. "I genuinely feel sorry for you both, you are clearly not happy with your lives... Maybe get a hobby that doesn't involve being homophobic and hating others for being happy." Go off.

Good for both of them for defending their love from people who obviously don't want to understand it. Contrary to many homophobic opinions, queer women do not need a man to be in a fulfilling relationship.