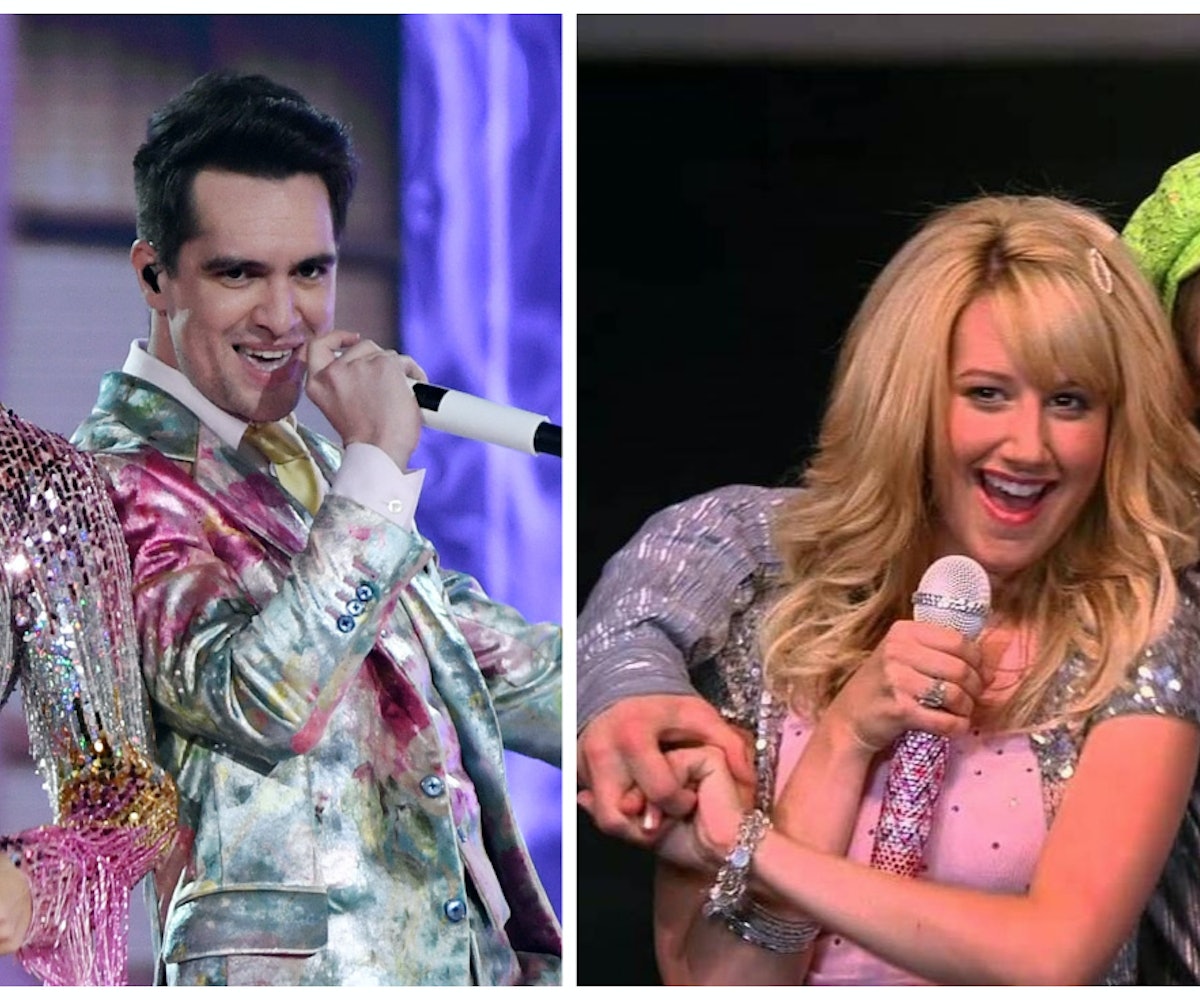 Ashley Tisdale made the connection we can't believe we didn't see, between High School Musical and Taylor Swift's "ME!" Now you definitely won't be able to look at Swift without seeing Tisdale's character, Sharpay Evans.

Over the weekend, Tisdale posted a video of Swift and Brendon Urie, from their performance of the single during last week's finale of The Voice, but with a different audio. Instead of "ME!" the two now sound like they're singing "What I've Been Lookin' For" that Sharpay and Ryan Evans (Lucas Grabeel) sang in the film.

"Sharpay & Ryan finally made it you guys!!" wrote Tisdale in the caption.

It's pretty wild how well the track fits with Swift and Urie's choreography. Even the tap-dancing from "What I've Been Lookin' For" matches up in the clip. Other moves, like Urie and Swift spinning around to look at each other, are also reminiscent of the High School Musical scene. The only thing missing from this performance is a good jazz square.

We hope that Swift takes this chance to cover a Sharpay Evans song. A cover of "Fabulous" would be perfect for the "ME!" era.

NEXT UP
Culture
The Madonna Biopic Is Being Scrapped
Culture
6 Shows To Binge Once You've Finished 'The White Lotus'
culture
Anna Delvey Is Getting A Reality TV Show
Entertainment
Harry Styles Is Performing At The 2023 Grammys
Style + Culture, delivered straight to your inbox.