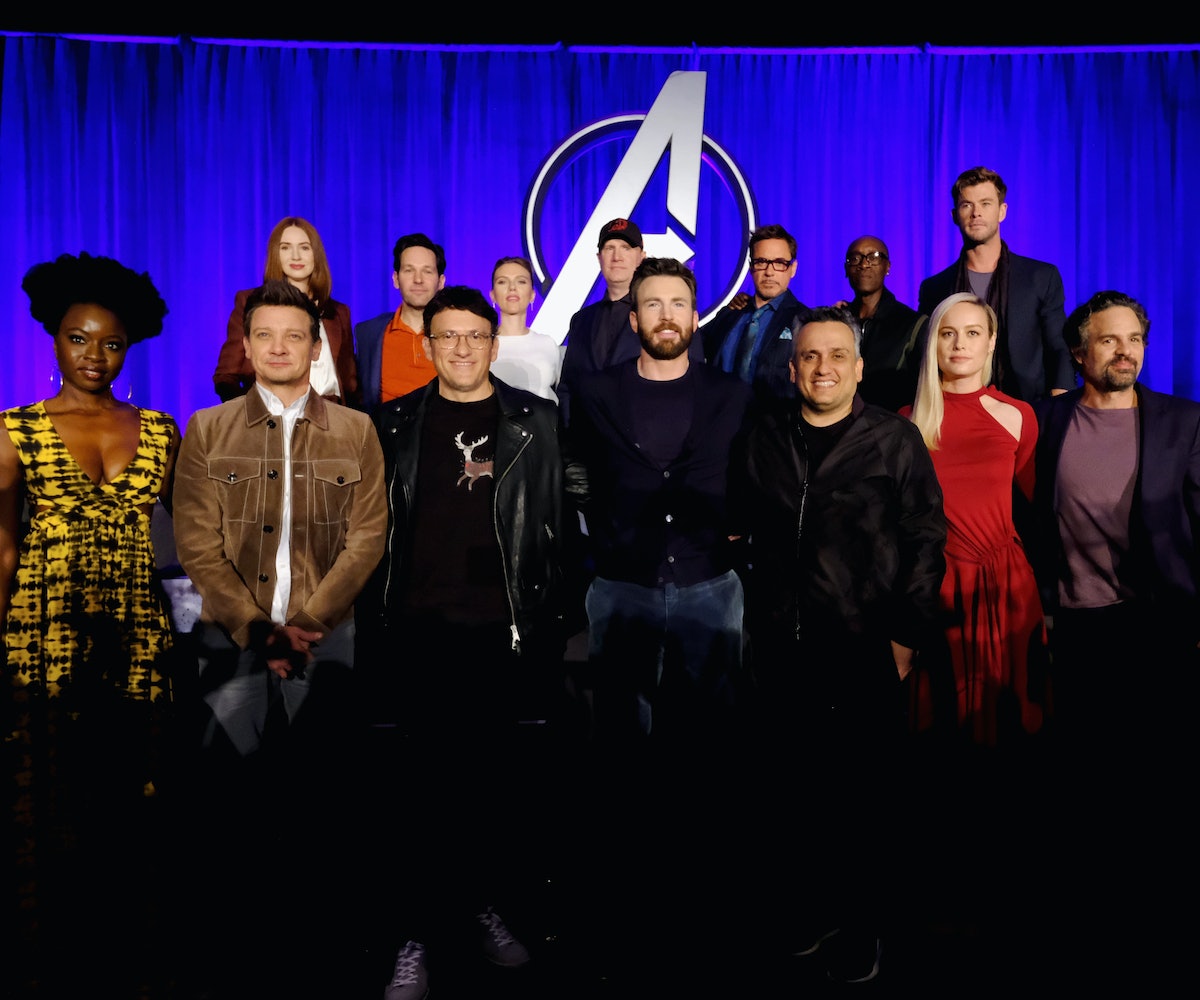 It's hard to believe that over the course of 21 films, Marvel couldn't find room to squeeze a single gay character into any of its Avengers story lines. In a universe where people have superpowers that allow them to manipulate time, space, and nature, somehow they never experimented with anything other than heterosexuality.

That is until Avengers: Endgame hit theaters last night. Directors Anthony and Joe Russo addressed the first openly gay character—a dude who survived Thanos' snap and went on his first date since losing his husband—and Marvel's diverse future, with Joe Russo, who also plays the character, telling Deadline, "Representation is really important. It was important to us as we did four of these films, we wanted a gay character somewhere in them."

And that's great, but also, I saw Endgame, and I'm here to tell you that I don't think the grieving bachelor is the only gay character in the universe. And no, I'm not talking about Captain America (Chris Evans), who is in possession of "America's ass." Nor am I talking about Valkyrie (Tessa Thompson), whose queerness feels super-muted, but still present.

No, the queer icon I'm talking about is none other than Captain Marvel (Brie Larson), who serves up really big queer energy, thanks to a new hairdo.

Captain Marvel's hair has been kind of a big deal ever since she made her film debut last month. In the comic book series, her hair is quite short, so when she showed up onscreen with longer hair, fans accused the filmmakers of intentionally feminizing her so that she'd better fit into ideas about heterosexual desirability. That all changed in Endgame, though, with Captain Marvel sporting a haircut that would turn heads at any lesbian bar. Even Rocket the Raccoon (Bradley Cooper) had to call it out when they were reunited. Clearly, Marvel wants us to know that Captain Marvel's not as femme as they first presented her to be. It's also worth mentioning this great piece published by Garage that noted how the costuming in Captain Marvel had notable queer undertones. Our girl isn't giving me any reason to think that she's standing on the straight end of the sexuality spectrum.

I really hope Marvel takes full advantage of this opportunity. There have been grumblings that the franchise is ready to introduce its first gay superhero, and while many people think it will be Valkyrie, there is still room for a queer Captain Marvel narrative. We're here for it.