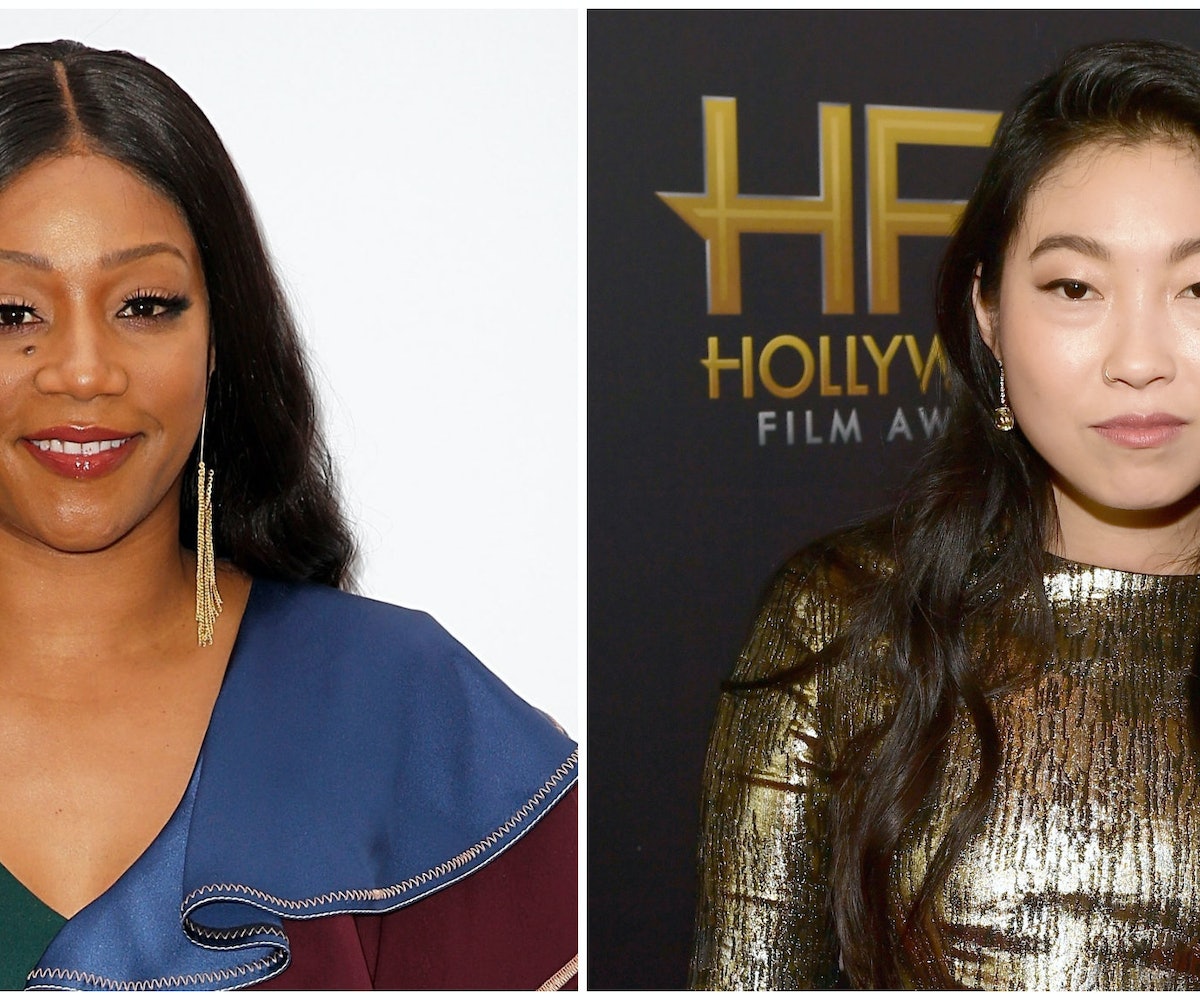 Sony Pictures is set to release a female-driven version of the Jump Street movies, with Tiffany Haddish apparently in talks to star as one of the leads. Better yet, Awkwafina is rumored to star opposite her. Channing Tatum and Jonah Hill who?

The upcoming film won't be a reboot of the 1980 series (or the 2012 and 2014 films), but is, instead, billed as a "continuation" of the franchise. Per Collider, Haddish will play a teacher or the "mother of a new student and fellow undercover cop." And, if the rumors are true, Awkwafina is being considered to play the student.

According to Collider's report, Haddish's inclusion in the film is more solidified than Awkwafina's, but Sony is really pushing to cast the two together. And we hope it works out—they seem like they would make the funniest, most dysfunctional fake family ever, and we're ready to watch their shenanigans unfold on the big screen.

Collider reports that Rodney Rothman, who wrote 22 Jump Street, will write and direct the upcoming film.