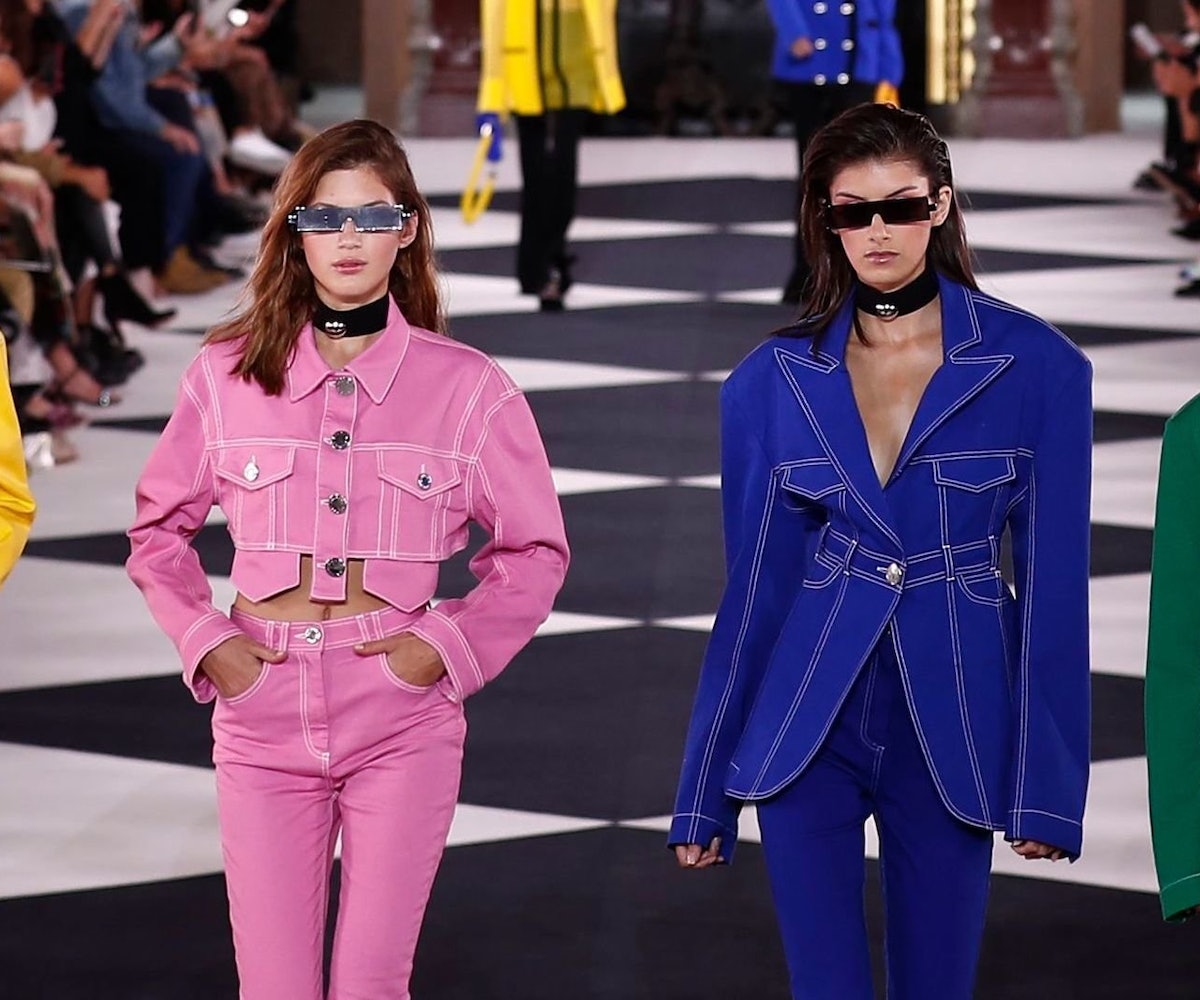 When it was announced that Balmain is teaming up with Kylie Cosmetics for a capsule collection that'd be debuting at Paris Fashion Week, we were intrigued. Prior to the show, all we had to go off were a few product shots and a campaign image featuring Balmain creative director Olivier Rousteing and cosmetics brand founder Kylie Jenner, with the latter sporting the eyeshadow palette on her eyelids. During the announcement, Rousteing also hinted that each model would have a unique makeup look, which only added to the anticipation.

The Balmain Spring/Summer 2020 show occurred in Paris at the Opera Garnier earlier today, and, disappointingly, the makeup was difficult to see due to the opaque black sunglasses that obscured almost half the models' faces. Sure, the look was ridiculously chic, but it did take away from the makeup—which is what many of us were looking forward to. The models who walked the runway sans-sunnies rocked oversized silver wings and pink-and-blue eye looks inspired by the makeup Jenner wore in the campaign.

The most exciting makeup moment came at the end, when Rousteing stepped out onto the runway flanked by his army of models, their skin and eyes shimmering.

The Kylie x Balmain collection launched following the show and is now available for purchase on KylieCosmetics.com. Watch the full runway show (or skip to 19:20 mark to see the finale), below: