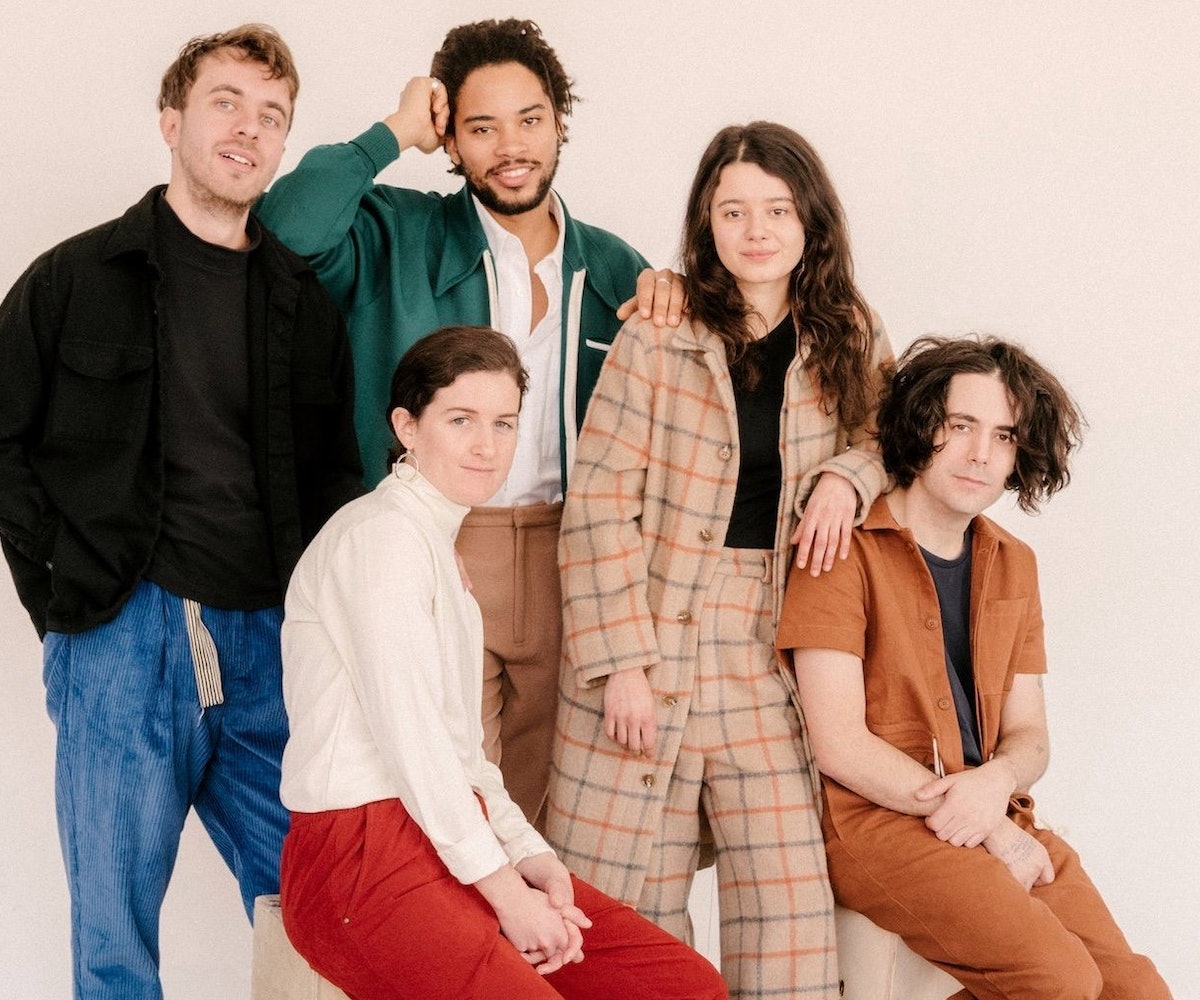 In an ever-evolving musical landscape, what is "pop?" According to Barrie, it's what you make it. The five-piece band is approaching the genre with just as many perspectives as it has members, who hail from Baltimore, Boston, upstate New York, London, and Berlin. Combining influences of Sade and Enya into dreamy, indie pop, Barrie is making a rift in a genre that desperately craves innovation. "We all brought in our different talents, and they all coalesced to make interesting pop songs," says lead vocalist and guitarist Barrie Lindsay.

Lindsay teamed up with Noah Prebish, Sabine Holler, Spurge Carter, and Dominic Apa to create Barrie after their international identities found common ground in New York City. Although New York is a unifying force for the group, their five separate experiences had an impact on the final product. "Most of us have come from musical backgrounds, so one of our guiding philosophies in starting a band is that we wanted something accessible, where you could peel back the layers and there would always be something new to unpack," said guitarist and keyboardist Prebish. From Apa's '70s-esque approach to his drum style to Lindsay's raw lyricism, each member plays a pivotal role in shaping Barrie's sound.

"Darjeeling," one of three singles released from the band's forthcoming album Happy to Be Here, details Lindsay's experience of first moving to the concrete jungle. "You're writing your name on everything/ Walking up the stairs of your building/ You're still learning all the light switches," she sings, in a delicate voice that entwines perfectly with Carter's synth melody. The album is somewhat of a love letter to New York, with sonic twists and turns reminiscent of adolescent adventure. "There's no more intense character than the city of New York," says drummer Apa. "It's like trying to ignore the really loud uncle at Christmas dinner."

The crew worked with producer Jake Aron (Snail Mail, Solange, Grizzly Bear) for the album, and welcomed a guiding hand in the process. "When you're making pop music, it's always going to be a dialogue between influences and certain classic pop things that you're 'supposed' to do, like keep the vocals loud," said Apa. "Trying to build an individual path through all of those things was really fun." The band's music draws heavily from traditional pop, with crisp vocals and a bold beat, but also incorporates elements of psychedelic rock and electronica.

Despite different style influences and perspectives, Barrie is moored by Lindsay's evocative songwriting. "I think what's fun about making music with Barrie is that the end goal is pop, but not necessarily the means by which you get there," said Prebish. This unconventional approach means that Barrie's music can take on many forms, all blossoming from Lindsay's lyricism. "I wrote all of the songs, and it's the first album I've ever put together," she said. "It's cohesive because it's all my writing, but also because of how well we work together." Apa agreed, adding, "It's a classic debut album, where you've had songs on your computer since you were a teenager and then you're just doing your Greatest Hits before anyone knows who you are."

Now, Barrie has surpassed high school-bedroom songwriting and entered a new realm of recognition—one where people start to know who they are. After Barrie released debut singles "Canyons" and "Tal Uno" in early 2018, they became somewhat of a magnet for celebrity attention. Miguel praised single "Clovers" on his Instagram story, and in March, Chris Martin of Coldplay praised "Tal Uno" on Twitter, making the track the first song on his Spotify favorites playlist. "That was insane, I fucking love Coldplay. Chris Martin is one of the best songwriters of our generation. Fight me!" said Lindsay, laughing.

Such an ascent to indie prominence might have seemed sudden to fans, but the band sees it as the opposite. "We put in a lot of work before our first singles, and we all had a vision that we would be successful because we wanted to put a lot of ourselves into it to make that the case," said Carter. Happy To Be Here is a showcase of that effort, giving Lindsay's well-developed lyrics their time to shine.

The group of 20-somethings is still figuring it out, and learning to navigate what it means to be a band. While New York may be a source of inspiration, it's also a source of stress. The band books small, windowless practice spaces for two hours at a time, coordinating schedules to practice once a week, if they're lucky. "It's hard to find the time because everyone has to work so hard to survive in New York, so to carve out a physical space and time, it's a lot," said Lindsay. It may be a lot, but the band handles it like pros, with grace and passion. "We're watching something unfold that could really have a big impact on the rest of our lives, so when things start to feel real, it's always a little bit scary," said Prebish. "You're trying to figure out if this life you've set up for yourself is definitely the life you want, because pretty soon you won't be able to stop the wheels from turning."

Barrie has been keeping up with their bustling schedule for the past year; the band recently returned from tour with Miya Folick and is gearing up to embark on a European album release tour at the end of April. Ahead of today's release of Happy to Be Here, Lindsay reflects on what she wants fans new and old to take away from the project. "When I think about it, I just want people to get a moment of joy out of it and a connection to what we're writing. That's the most you can hope for with music," she said. Her poignant songwriting and the band's dedication proves that Barrie is ready for the spotlight, and the world is ready to hear them.