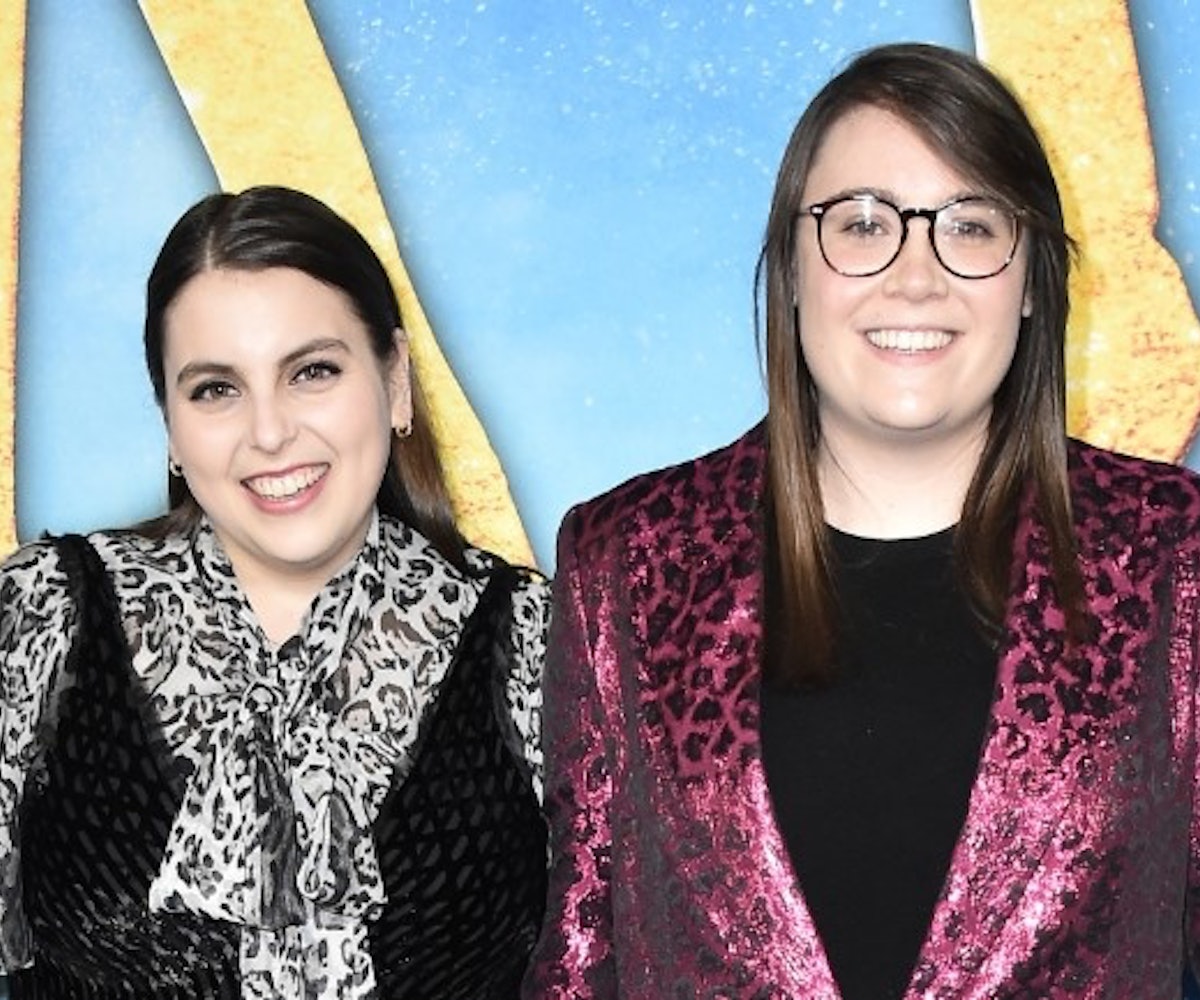 Booksmart actress Beanie Feldstein attended the Cats premiere in New York alongside her girlfriend, producer Bonnie Chance Roberts, on Monday night. Feldstein wore a metallic black gown over a leopard-print blouse while Roberts opted for a pink leopard-print blazer by Tanya Taylor, which, if you so desire, could be yours to purchase.

The two have been dating since 2018 after meeting on the set of How to Build a Girl, which starred Feldstein and was produced by Roberts. Back in October, Feldstein opened up to Teen Vogue about falling in love with Roberts. "It just wasn't something I thought about or craved," she said about relationships with men, adding that when she met Roberts, she thought, "Whoa! Now I get it…. I get why people write songs."

As for the fact that Roberts is a woman, when asked, Feldstein told Teen Vogue that she didn't really think, or care, about that. "Not to sound flippant, but I was in love with her and all of her, and she's a woman," she continued. "That's not scaring me or deterring me. And it wasn't just women in general; it was her specifically."

See more of their matching and on-theme red carpet outfits, below.