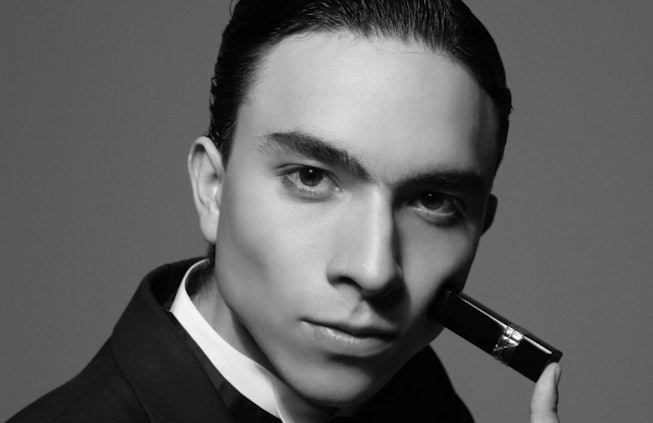 Sam Visser, the whimsical makeup artist behind some of today's most artistic, boundary-breaking celebrity and editorial transformations, now has a new title. On January 27, Dior Beauty announced Visser was joining the House of Dior as the brand's U.S. makeup artist ambassador.

With that title, Visser joins celebrity makeup artist Sabrina Bedrani, who has been a Dior Makeup ambassador since 2015, under the direction of the brand's Makeup Creative & Image Director and industry veteran, Peter Philips.

From soft pastel glam on Euphoria's Alexa Demie to transforming Bella Hadid into a hot editorial alien (or a pop art painting), Visser's impact on the beauty industry seems almost too big and too good to be true at just 20 years old. But then again, nothing about his trajectory has been average — having famously kickstarted his love for the art of makeup on the set of a David LaChapelle shoot at the age of 12.

In conversation with Vogue, Visser called his appointment a career milestone. "Since the beginning, Dior has defined glamour and how it's evolved," he shared with Vogue. "It continues to transform in being so modern and forward-thinking in everything, especially beauty."

In his role, Visser will collaborate with Dior on special projects, both on the digital and editorial fronts, as well as red carpet partnerships.