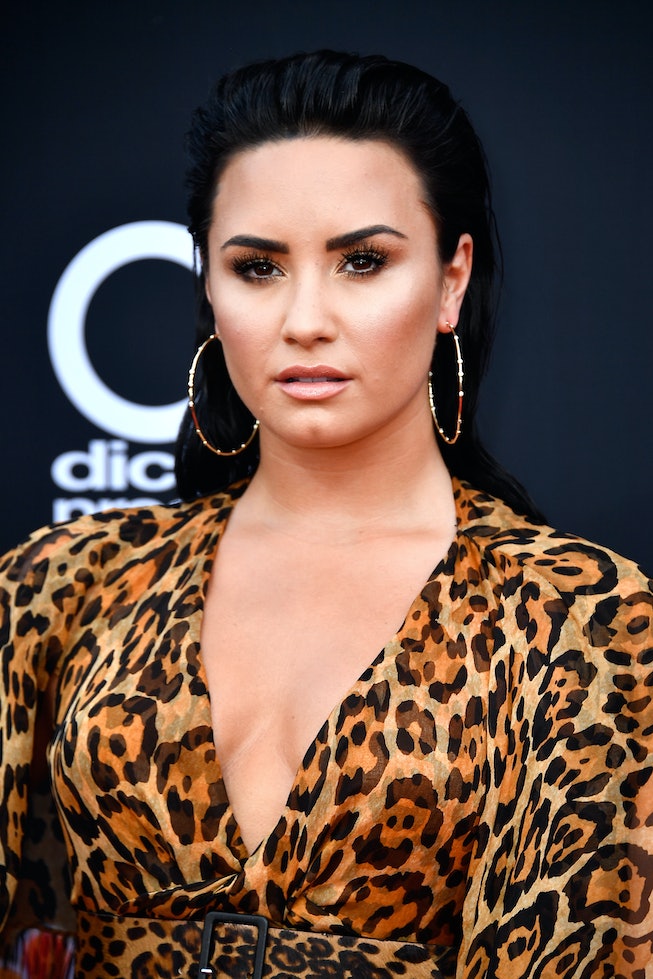 Demi Lovato expanded on her collection of ink. On Wednesday, September 3, Lovato shared a seemingly ordinary selfie, but as some eagle-eyed fans on social media noted, the photo also included the unveiling of a new tattoo.

Posing for a set of two images, Lovato shared her latest glam with followers, writing a caption that some presumed were new lyrics. "Dear little me, I’m sorry that it took so long but baby your free," she wrote. She later addressed her caption in the comments, remarking, "You’re* but just to annoy the grammar police out there my caption is not changing."

Aside from a very common grammar mistake and the stunning neutral-hued beauty routine, the butterfly tattoo on her neck also caught the attention of fans. There's no word on when she got the ink, but a paparazzi photo shared on Twitter by fans, previously captured the tattoo on August 31, and on August 16.

Although the other side of her neck isn't visible in the selfie, some believe she got wings on both sides, and others theorized that the ink could serve as a hint at possible new material. For now, fans will have to wait and see whether Lovato shares a proper reveal of the tattoo, or explains the possible meaning behind the artwork.

This wouldn't be the first time that Lovato has used a tattoo to symbolize something of personal importance. Back in 2019, she unveiled a neck tattoo that read survivor in scripted font. Completed by celebrity tattoo artist, Dr. Woo, the ink was completed just before Lovato returned to the musical spotlight.

Below, see her new butterfly tattoo.