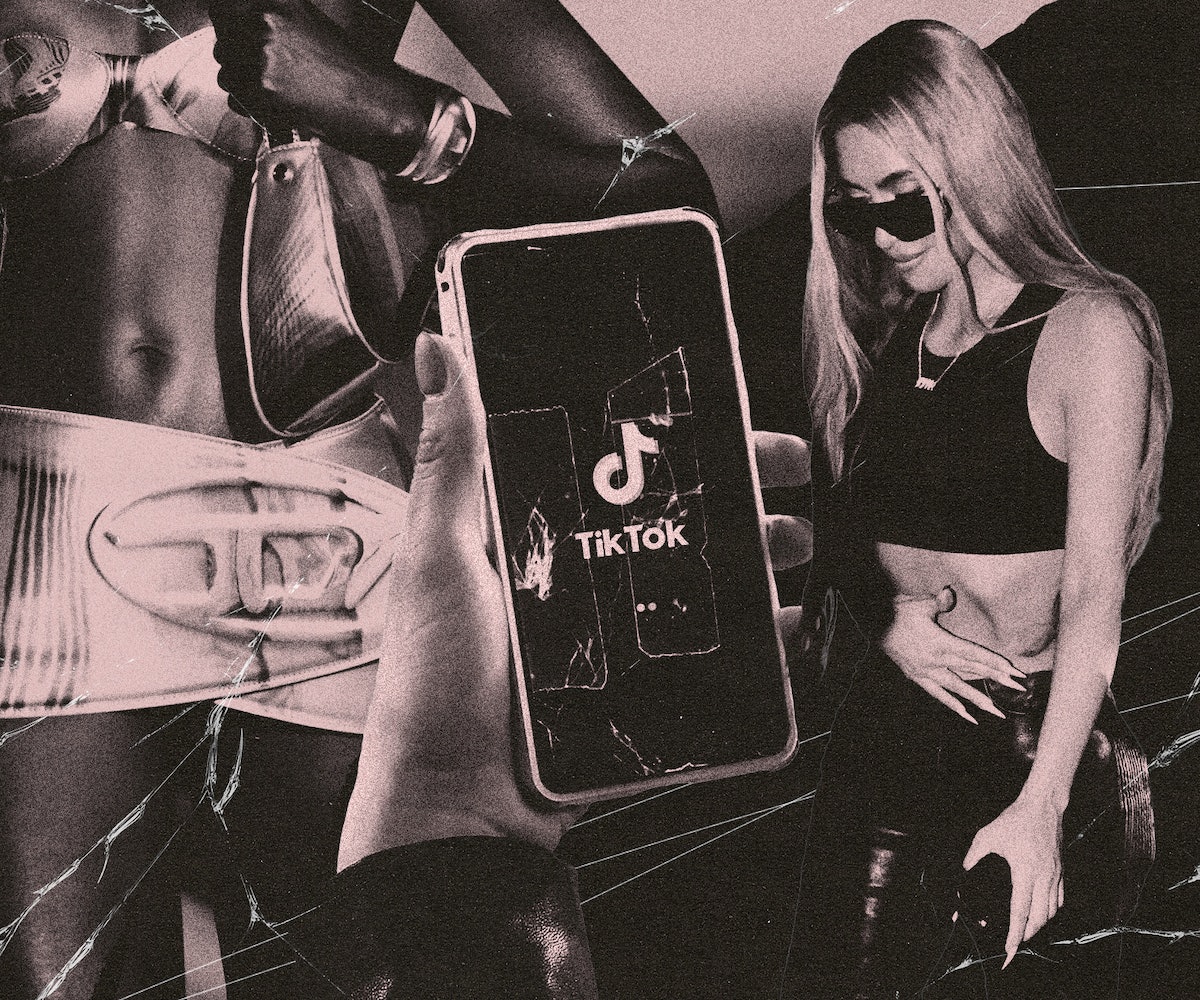 In November, the New York Post released a controversial and now-viral story, waving goodbye to “booty” and officially declaring heroin chic “back”. A term popularized in early-1990s, “heroin chic” was the glamorization of the look of an extremely thin physique, dark under eye circles, and often disheveled hair and clothing, as embodied by models of the era. Rumblings of the aesthetic’s return have been repeated on social media for the past year. At first, the BBL era was declared “over” after Kim Kardashian allegedly had hers reduced. From there, nostalgic Y2K-inspired fashion trends, dramatic and intentional celebrity weight loss, and the constant reinforcement of the skinny ideal from the fashion industry have created a perfect storm for what’s being called the “thin is in” culture shift. So, in 2022 (almost 2023), why are body types still “trending”?

Despite what the phrases “thin is in” and “return of heroin chic” suggest, there’s no denying that thinness has always been the standard of beauty in the fashion industry in recent history. With this in mind, videos from thin creators excitedly welcoming being the beauty standard again feel out of touch. However, the past decade was referred to by Vogue as “the Era of the Big Booty” in 2014, driven by the rise of Brazilian butt lift procedures. In fact, the hashtag #BBL has 7.3 billion views on TikTok and the number of BBLs globally performed has grown by 77.6% since 2015. Now, with ultra-skinny being “back”, the active rejection of body positivity and fat positivity movements can continue to hide in plain sight under conversations about the “trend cycle”.

While the BBL procedure is dangerous and puts a continued emphasis on curves only being acceptable if your waist is thin, celebrities now reversing their previous BBLs to pursue dramatic thinness also sends an unhealthy message. This, says human rights advocate and model maya finoh, is also tied to anti-blackness. “I've definitely noticed recently that there has been a shift in white woman influencers and celebrities moving away from the past few years of Blackfishing and appropriating specific phenotypes of Black/Brown people and instead embracing thinness,” they say. “I see it—and others have voiced similar sentiments—as a moving back toward white womanhood.”

finoh says that the fatphobia the fashion industry perpetuates with body type trends is specifically rooted in anti-Blackness. “The declaration of butts being ‘over’ exemplifies the anti-Black racism in the fashion industry when you understand the origins of the BBL surgery,” they say, as the procedure comes out of a long history of eugenicist white Brazilian doctors developing plastic surgery methods as a way to dilute the Black African and Indigenous Brazilian presence in the country. “The declaration of butts being over is also the declaration that using Blackness as an aesthetic is over in the fashion industry: whiteness and ultra-thinness are back in style.” It’s never been just an innocuous part of the trend cycle.

Kirsten Oelklaus, co-founder and director at Bellatore Recovery, says the cyclical nature of what is in style with respect to women's bodies encourages regular body altering which is inherently dangerous. “Any comparisons between one body and another is dangerous and incredibly disconnecting,” she says. “I'm not naive enough to think we will not have 'trends'. But what if we made the conversation around clothing being the trend instead of our bodies?” Of course, there are a number of body acceptance activists and creators who have been doing just that throughout the return of Y2K fashion, despite the Y2K era itself being notorious for being not body inclusive. However, trends like the viral one-size Diesel belt, an almost comedically short mini skirt that wouldn’t fit most sizes, continue to instead take steps away from size inclusivity.

Oelklaus says that any message that there is a “right way” for our bodies to look and that we should go to any lengths to change our bodies to achieve that look encourages extreme measures. With eating disorders currently spiking among children and teens, this becomes a life-threatening health risk. As with all celebrity-endorsed trends, the ultimate goal is for rich and famous people to continue to be coveted by having a body type that’s unattainable by the masses. It’s why there have been recent rumors of celebrities on Ozempic medication to lose weight after such a large number of the general public underwent the BBL procedure.

If the concoction of extreme celebrity Met Gala diets and non-inclusive sizing wasn’t enough pressure already, the holidays coming up can also make navigating conversations about bodies a minefield. “Because many holiday events involve food, it is unavoidable that people will share their behaviors and emotions as a way of connecting,” says Oelklaus. “Try to avoid relating if someone shares that they feel guilty for eating something because we don't need to feel like we have 'earned' something or that we will have to 'be better' in the New Year”.

Alongside mindfully navigating holiday dinner conversations, some creators have started preparing for the “thin is in” shift and diet culture rhetoric that comes with it by muting influencers that are dieting and following more people that have their own body type. finoh says that they mostly follow other “BIPOC fat people”. “Curating your timeline in ways that rebuke fatphobia, colorism, ableism, and misogynoir is a good way to protect your peace over the holidays and combat the algorithmic bias that tries to continuously push Eurocentric beauty standards down our throats,” they say.

Georgia Sky (known as Bawdy Queen on TikTok), an LA-based actress and creator who aligns with the fat acceptance and body acceptance movements, thinks the latest dialogue around the ultra-skinny ideal is an intentional attempt to reject the work of body-positive and acceptance activists over the past decade. “Thinness was never really out of style and I think a lot of people aren't in love with the idea of the body positivity movement and how non-stereotypical bodies are in the narrative,” says Sky. “Bigger bodies have always been ridiculed and I think with these fashion trends coming back, it's pushing bigger bodies further out of a space that they were never welcomed into.”

Keeping in mind that this shift towards extreme thinness is intentional and exclusionary, finoh says that moving past trend-focused body conversations will require a deep interrogation of “all the systems of oppression at play that miseducate us and keep conversations about our bodies toxic”. This, of course, includes anti-Blackness, misogyny, transphobia, fatphobia, and ableism. After all, throwing out the idea of having one type of body “trending” is the only way we’ll ever get off this merry-go-round of constantly unattainable body shapes to aspire to.

NEXT UP
Beauty
Bella Hadid’s Clip-less Updo Is Going Viral On TikTok
Beauty
This Viral Black Honey Lipstick Dupe Is Only $5
Fashion
Olivia Rodrigo Wore A Sheer Slip Dress To The 2023 Grammys
Beauty
Megan Fox Is Completely Transformed By A New Blonde Bob
Style + Culture, delivered straight to your inbox.