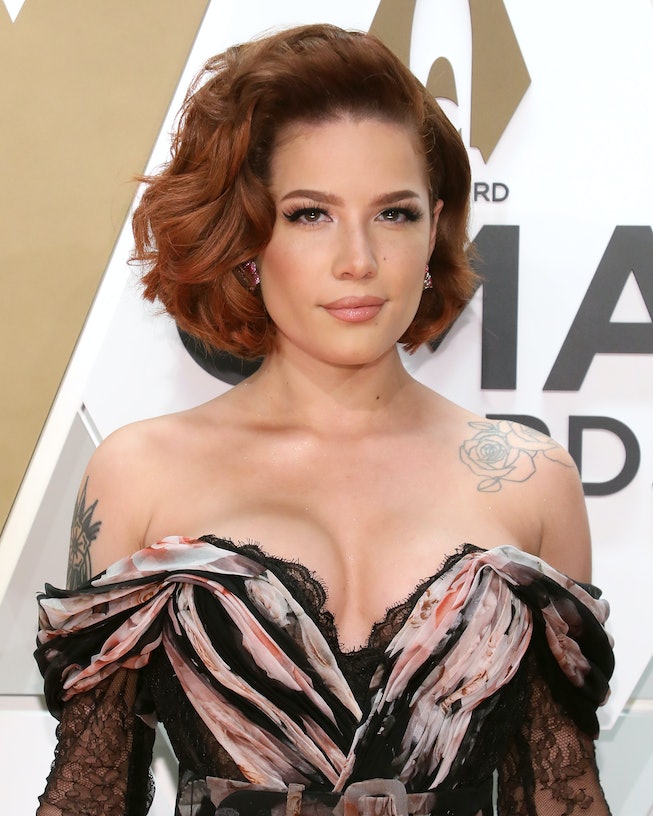 Sharing a picture of the JuiceWRLD tattoo, which sits near her knuckles, Halsey touched on her friendship with the late rapper. "Juice was one of the greatest people I have ever known, and one of the most brilliant artists we will ever live to witness. A true genius who had lyric and melody spilling out of him without any second thought or hesitation. And a beautiful soul who believed in spreading love and creating a community for people to feel less alone," she wrote.

Continuing, Halsey said that it meant everything to her to be included on the new album. "I cried the first time that I heard it," she said. She also shared a picture of the ink in her Instagram Story, and tagged the artist responsible.

For the tattoo, Halsey chose to ink the name of the pair's collaborative track — "Life's a Mess." Written in script font, the album title is joined by the numbers 999, a symbolic number and tattoo that had appeared on JuiceWRLD's arm.

Previously appearing on MTV for an interview, the performer had explained the significance of the numbers, saying, "999 represents taking whatever ill, whatever bad situation, whatever struggle you’re going through and turning it into something positive to push yourself forward."