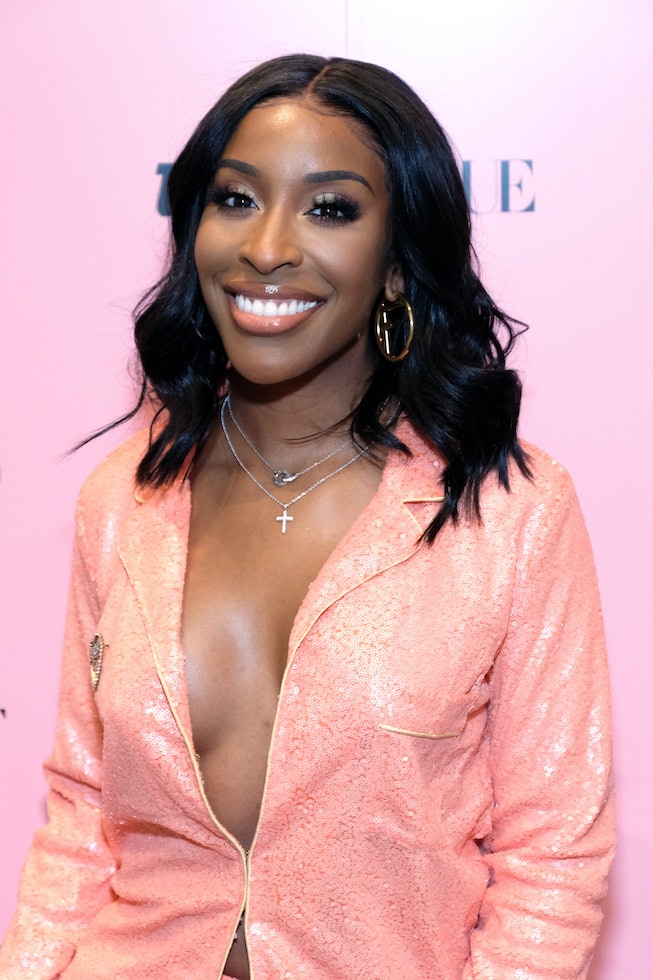 Updated: This story has been updated to include news of confirmed products for the FORVR Mood launch.

Previously announced back in July, Aina had previously confirmed that candles, scented with names including Caked Up, Cuffing Season, Matcha Business, and Left On Read, would be available on launch day. Retailing for $35, the candles came in colored glass, and within minutes of launch day, Cuffing Season, a candle scented with white cedar and mineral citrus had sold out.

Original Story: As one of the biggest names in the beauty YouTube community, Jackie Aina has more than made her mark on the world of makeup. The creator of numerous cosmetic collaborations with companies including Anastasia Beverly Hills and e.l.f., Aina is now branching out into something new, announcing the launch of her forthcoming brand, Forvr Mood.

On Monday, July 13, Aina hinted that "something is coming," and despite what fans may have initially thought she confirmed that, "it's not makeup." Sharing the light, pastel-pink Forvr Mood logo with her Instagram followers, Aina noted that the brand was "owned by me. created by me."

With few clues to go on, social media has been more than happy to speculate, and many are taking an image shared by Aina as a possible hint. When sharing the news on her Twitter, Aina had posed with a lighter, and some believe it's possible that she's working on a line of candles. Others are wishing for a complete home goods collection, tweeting, "please tell me it’s a lifestyle / home brand....your taste for interior design is immaculate."

Aina hasn't yet confirmed any of the social media theories, but her Wikipedia page was recently updated to include a series of recently filed trademarks under the Forvr Mood name. Possible categories include loungewear and clothing, candles and wax melts, and essential oils and aromatherapy items. Time will ultimately tell what Forvr Mood ends up being, but in the meantime, you may want to make some space on your makeup shelf for Aina-created candles.