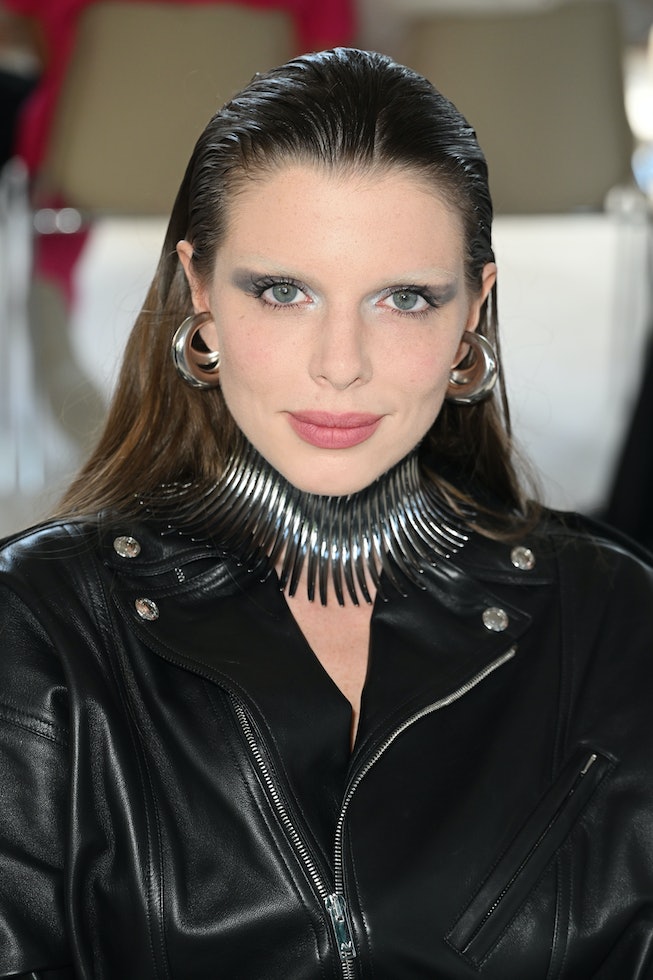 Like it or not, over the course of this year, Uncut Gems actress Julia Fox has established herself as a fashion trendsetter. From her signature “fox eyes” to her denim creations, it seems every move she makes comes with a social media tutorial that she says no one asks for. Clearly a fan of sharing her at-home DIY beauty tips, yesterday Fox jumped on TikTok to showcase her brow bleaching process to her fans.

"Since you guys obviously love the bleached eyebrows, I'm doing to do a little tutorial,” she stated at the start of the video, taking place in her bathroom. She then went on to zoom into her dark eyebrow growth, saying she “doesn’t like” the stubble. Fox uses the Clairol Professional Kaleidocolors Violet Packette, which she says cancels out yellow tones, with Ion’s Sensitive Scalp 10 Volume Creme Developer. “I always bleach with some kind of color corrector,” she says.

After mixing the products together in what looks like a teacup, Fox lines the edge of her eyebrows with vaseline, something she says is “optional”. She then applies the mixture to her eyebrows with a watercolor paintbrush, explaining that she’s already washed her eyebrows with soap and water and let them dry. Fox then left the mixture on for “about ten minutes” before wiping the mixture off and reapplying it to get some final pieces of dark hair.

Fox has been rocking the bleached brow trend since May this year, something she says she loves because it acts as a “man repellant”. "They absolutely hate it,” she says at the end of the TikTok tutorial. “My son’s father gets so triggered by these eyebrows so that’s why I continually do them.” While bleached eyebrows have already been trending for the past few years, Fox’s man-repellant messaging seems to have registered with her fan base, no doubt inspiring others to jump on the bleached bandwagon. “lmfaooooo a man repellent .. imma need to do it for sure now,” commented one creator.