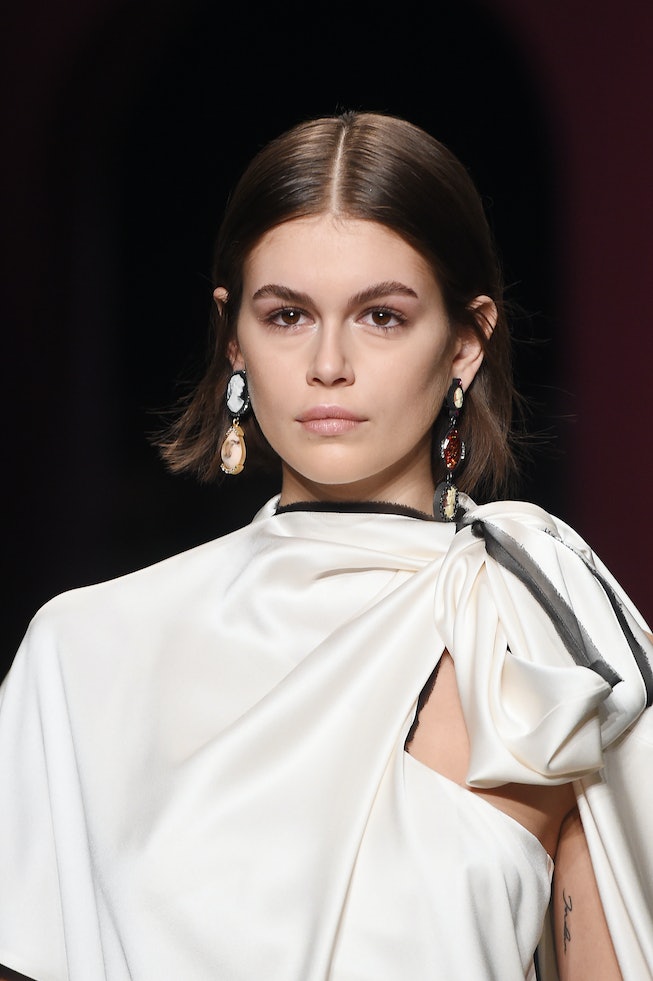 Kaia Gerber, model and apparent fan of tiny tattoos, unveiled her latest inked artwork, and it's one of her smallest pieces yet. During a masked outing that featured the accompaniment of her dog, Gerber was spotted with a brand new, and very small, tattoo.

The tiny tat, spotted by Teen Vogue, sits on her right arm directly above her elbow. For the latest addition to Gerber's growing collection of ink, she chose the number 444. And with Gerber recently getting the clearance to remove a cast, the ink appeared to be much more prominent. The numbered design also sits below a scrawled heart, and are clearly a recent addition, as a photo posted near the end of June did not feature the set of fours.

There's no word from the model on what the significance of the three fours might be, but as Teen Vogue points out, the series of numerals is associated with some spiritual significance. Commonly described as "Angel Numbers," a previous Thought Catalog article touched on the religious meanings, noting that some believe the trio of fours to be a sign of good fortune, while in numerology, the numbers are thought of as foundations.

Other tattoos previously added to Gerber's collection included Jordan, her middle name, which appears on her forearm, a rendering of a Picasso painting situated near her left elbow, and a tiny rocket ship. She's also leaned on inspiration from numbers and religious symbols in the past, sporting the number 23 and angel wings, PopSugar Beauty reports.