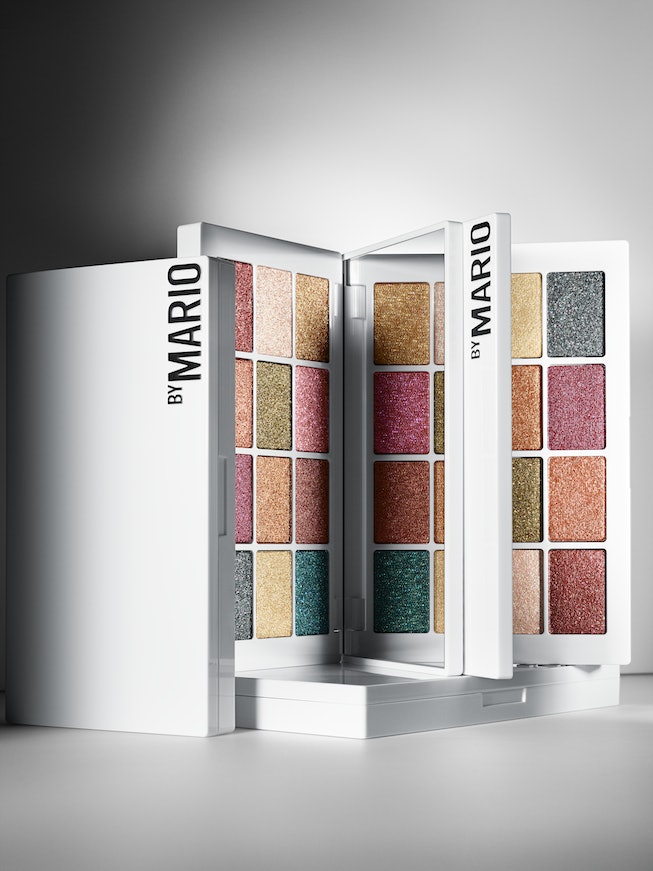 The makeup artist responsible for glam featured on the celebrity faces of names including Kim Kardashian-West and Ariana Grande has announced his own line. Noted MUA Mario Dedivanovic is launching MAKEUP BY MARIO, a collection of makeup products aimed at helping you get a Hollywood-worthy glow from home.

Launching on October 1, MAKEUP BY MARIO will be available exclusively at Sephora, Sephora.com and makeupbymario.com. The debut features 21 products, with shades intended to be universally flattering on all skin tones. Additional products will be revealed later this year and into next year.

For the launch, Dedivanovic focused on the eyes, unveiling three eyeshadow palettes, including one called Master Metallics. Other featured items include a liquid liner, brushes, pencils, primer powder, and makeup remover wipes. You'll also get the chance to mix and play with colors thanks to the inclusion of a waterproof liquid specifically created for creating color combos.

Items in the collection will retail for $14 to $48, and Dedivanovic is hopeful that consumers will be able to recreate some of his most famous looks. “With MAKEUP BY MARIO, I’ve taken my signature techniques and transformed them into accessible pro products inspired by the ones I’ve loved and used throughout my career,” he said in a press release "When I teach my Masterclasses, I take my students through my entire thought process and demonstrate all of my techniques. Now, my techniques and philosophy are infused into my products.”

This solo release from Dedivanovic comes after he previously teamed up with Kardashian-West for a KKW collection. There had been some speculation that the pair might team up again, but for now, Dedivanovic appears focused on his launch. “MAKEUP BY MARIO is my passion and love for makeup artistry encapsulated in a very intentional collection, crafted to deliver a luxury and professional makeup experience that isn’t precious. Everyone should have access to the very best quality formulas. That is so important to me," he said.

See highlights from the collection, launching on October 1, below.