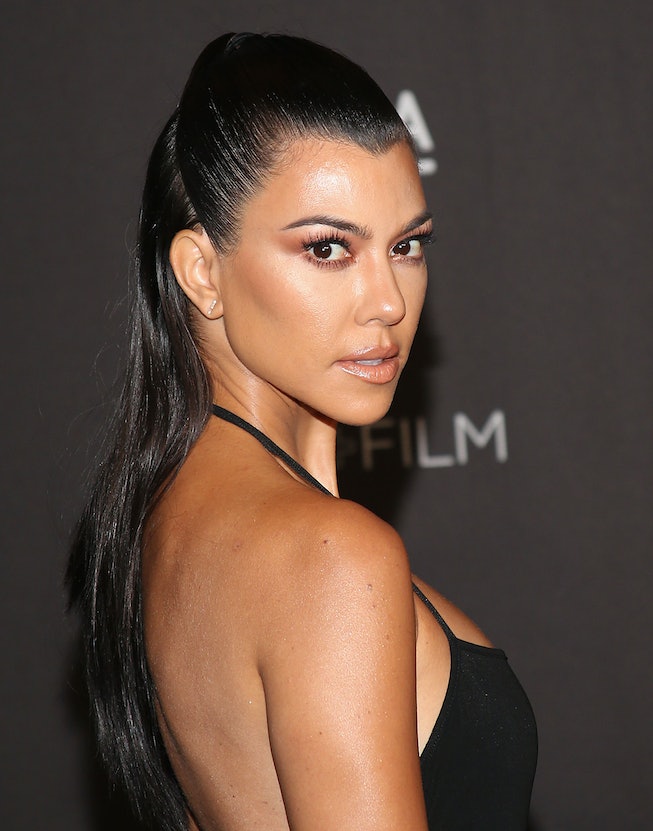 Out of all the Kardashians, Kourtney would be voted least likely to change up her hair. Usually rocking long, straight, and silky raven locks, she made a big change over the weekend. On Saturday, the Poosh founder posted a series of mirror selfies with a wavy, french-girl lob.

The new chin-length ’do is already approved by her boyfriend Travis Barker, who commented on the post. “You’re perfect,” he wrote. Last month, Kourtney let him trim her hair while in a 10-day lockdown. Now, it appears she was getting ready for a bigger chop.

Kourtney had teased the new style the night before, posting a photo of shears and tagging her hairstylist Peter Savic on her Instagram story. For the big reveal, she showed off the versatility of the new style, switching between a middle part and a voluminous side part look.

With her lob, Kourtney joins a crew of other celebrities who have recently made the cut, including Penélope Cruz and Jennifer Lopez.

While the short look is new for Kourtney, we’re guessing it will only be a matter of time before she lets her hairstylist (or Travis) have the scissors again. Especially considering how well she pulls off this chic length.