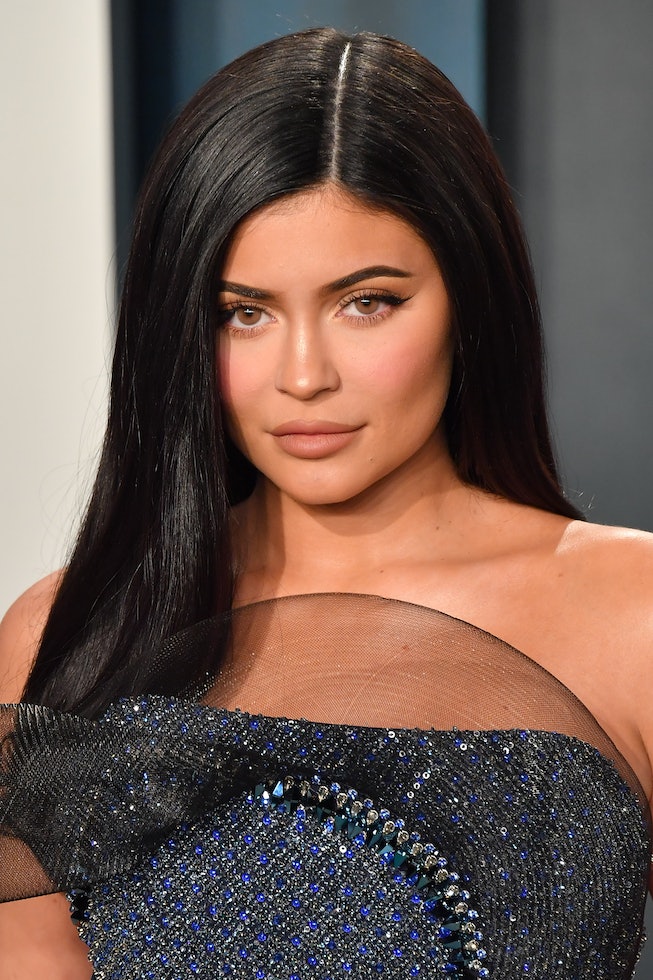 Much like plenty of other celebrities, Kylie Jenner loves a good tiny tattoo, and her latest one is a tribute to two-year-old daughter with Travis Scott, Stormi Webster. In an Instagram story shared on July 1, the beauty mogul showed off the newest addition to her forearm, which appeared to read the time "4:43," in small, black ink.

According to Page Six, the time stamp tattoo is a nod to Stormi's exact time of birth on February 1, which TMZ has previously reported. The time is of clear significance to Jenner, as Page Six also noted she has also been seen wearing a custom necklace by XIV Karats featuring the same timestamp, along with a her daughter's nickname, "STORM."

This isn't the first time Jenner has gotten a tattoo in tribute of her daughter. At Scott's 28th birthday in 2019, celebrity-favorite tattoo artist JonBoy (real name Jonathan Valena) was on-hand for spur of the moment tattoos. Jenner opted for matching "STORMI" tattoos with friend Anastasia Karanikolaou. While it's unclear who the artist is responsible for her latest Stormi tattoo tribute, InStyle notes that many believe it is another JonBoy work.

See the new teeny tattoo, below.