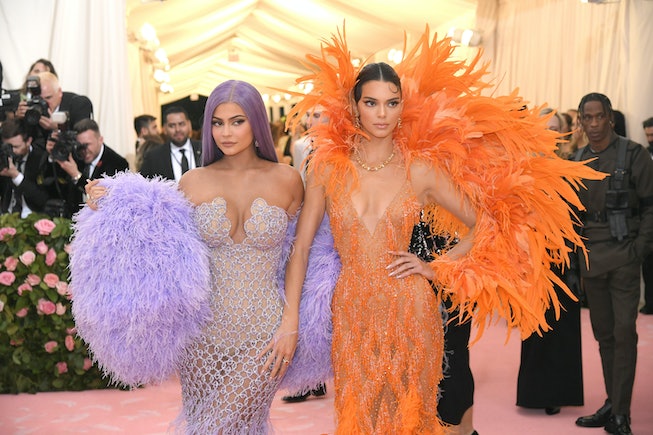 There’s no question that the sisterly bond between Kylie and Kendall Jenner is strong. The two are constantly supporting one another, and as Kendall revealed in a recent collaborative YouTube video, there’s one childhood memory she’ll likely never forget.

Appearing together in a “Drunk Get Ready With Me” clip, the pair delve into subjects including sisterhood, the art of wing eyeliner, and whether bronzer goes on before blush. The entire thing is worth a watch, but it’s in the opening moments that the sisters get honest, shedding a few tears as Kendall recalls a memory from ninth grade.

Kendall has long been open about her struggles with acne, and she recalled an endearing way that Kylie supported her. "I would have so much acne. Every morning we would show up to school. Dad would drop us off and we'd be walking up the stairs. I'd look at you and I'd be like, 'Can you see my acne?'" Kendall said.

As Kendall recalls, Kylie would attempt to give her courage. "Every day you would say, 'No you look beautiful.' I would be like, 'Okay.' I knew you were lying but I appreciated you," Kendall continued.

Beginning to cry, Kylie looks back on the memory for herself, saying, “I knew it was your biggest insecurity, and every time like clockwork we would get out of the car, you would pull me into the staircase and you would say, 'How do I look today?'"

She goes on acknowledging that motherhood has especially changed her perspective of the memory. "It always made me so sad to even hear you talk about it. I'd be like, 'You're so beautiful,' trying to help. But then I had to go away by myself. It makes me feel bad. When you have your own daughter you just think about this," she said.

The emotional moment behind them, the sisters continue on with their makeup application (and shooting back Kendall’s 818 Tequila), examining their matching birthmarks, dropping Kylie Cosmetics products, and at one point, “destructive Kendall” even makes an appearance. You can watch the entire clip for yourself, below.