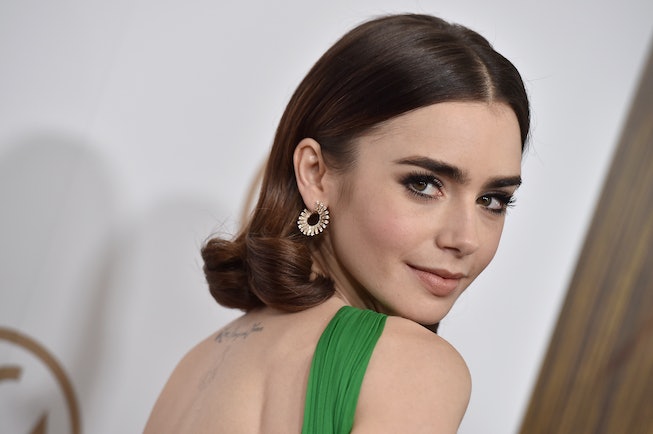 While Netflix’s Emily In Paris is known for being somewhat divisive (although completely irresistible), there’s one thing about the series that’s not up for debate— Emily, played by Lily Collins, has amazing hair. Today, the actresses has cemented that good hair icon status by inking a deal, partnering with biotech haircare pioneer Living Proof as the brand’s newest brand ambassador. The campaign featuring the 33-year-old actress will celebrate Living Proof’s core mission: science in action.

By now the “skinification” of haircare has become a somewhat ubiquitous concept, but Living Proof was born in 2005 after biotech scientists and renowned hairstylists came together to pioneer a cutting edge haircare philosophy— to fix hair problems, rather than masking them. The brand’s mission was to create inventive solutions designed to solve real-world hair problems and now they produce over 450 formulas and 44 products, available on their website and at Sephora.

Lily’s campaign, titled, “We Have Haircare Down to a Science”, will focus on measurable hair results and achieving better hair health. “As someone who spends countless hours in the styling chair on set or on press junkets, Lily needs the right products and trusts Living Proof to keep her hair at its optimal health,” the brand said in a press release.

While the partnership has only just been announced, Living Proof has already shared Lily’s favorite products, including their cult favorite Advanced Clean Dry Shampoo. “I literally almost always have Advanced Clean Dry Shampoo in the car or in my bag. I use it almost every day; it smells amazing, and it doesn’t leave any residue,” Lily says. The actress is also a fan of their No Frizz Vanishing Oil, which is fast-absorbing, and the Full Dry Volume & Texture Spray, delivering instant and long-lasting volume.