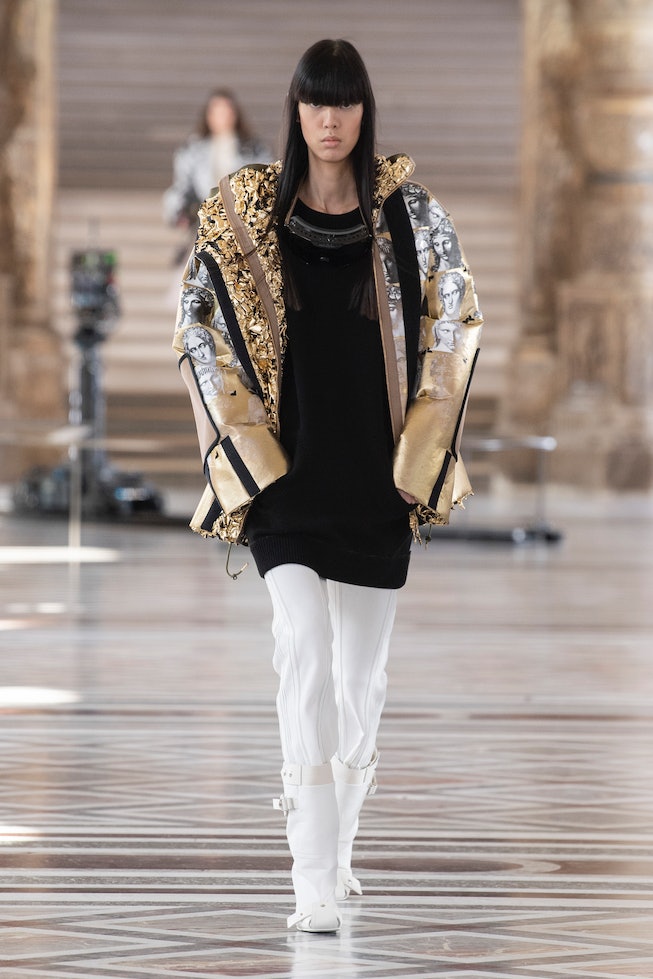 On Wednesday, March 10, Louis Vuitton unveiled its collaborative capsule collection with Italian artistic design atelier Fornasetti. There was plenty to feast your eyes on — including some exquisite illustrated handbags — but the show’s chosen glam routine was also worthy of a careful look, especially if you’re seriously considering a chop.

With hair for the show credited to Duffy and makeup by Pat McGrath, the runway was filled with some impressive beauty routines. However, it was the multiple iterations of bangs that really stole the show.

A blunt bang that hit the eyebrows complemented the opening look, and as the presentation continued, models with side mullet-like bangs, long and parted bangs, and even ordinary, wavy bangs were all featured. The show’s conclusion came with a tribute to baby bangs, which were styled extremely short, hitting barely below the model’s hairline.

Along with more artsy bangs, the show also featured an appearance from the celebrity-approved curtain bangs. Some models skipped the style synonymous with breakups, and instead wore their hair down, with both middle and side parts represented, for those TikTok users taking notes.

Perhaps Louis Vuitton is anticipating an autumn filled with breakups and rash scissor use, but if you’re already eager to make a change in hair, check out some of the bangs featured in the Louis Vuitton Fall-Winter 2021 collection, below.