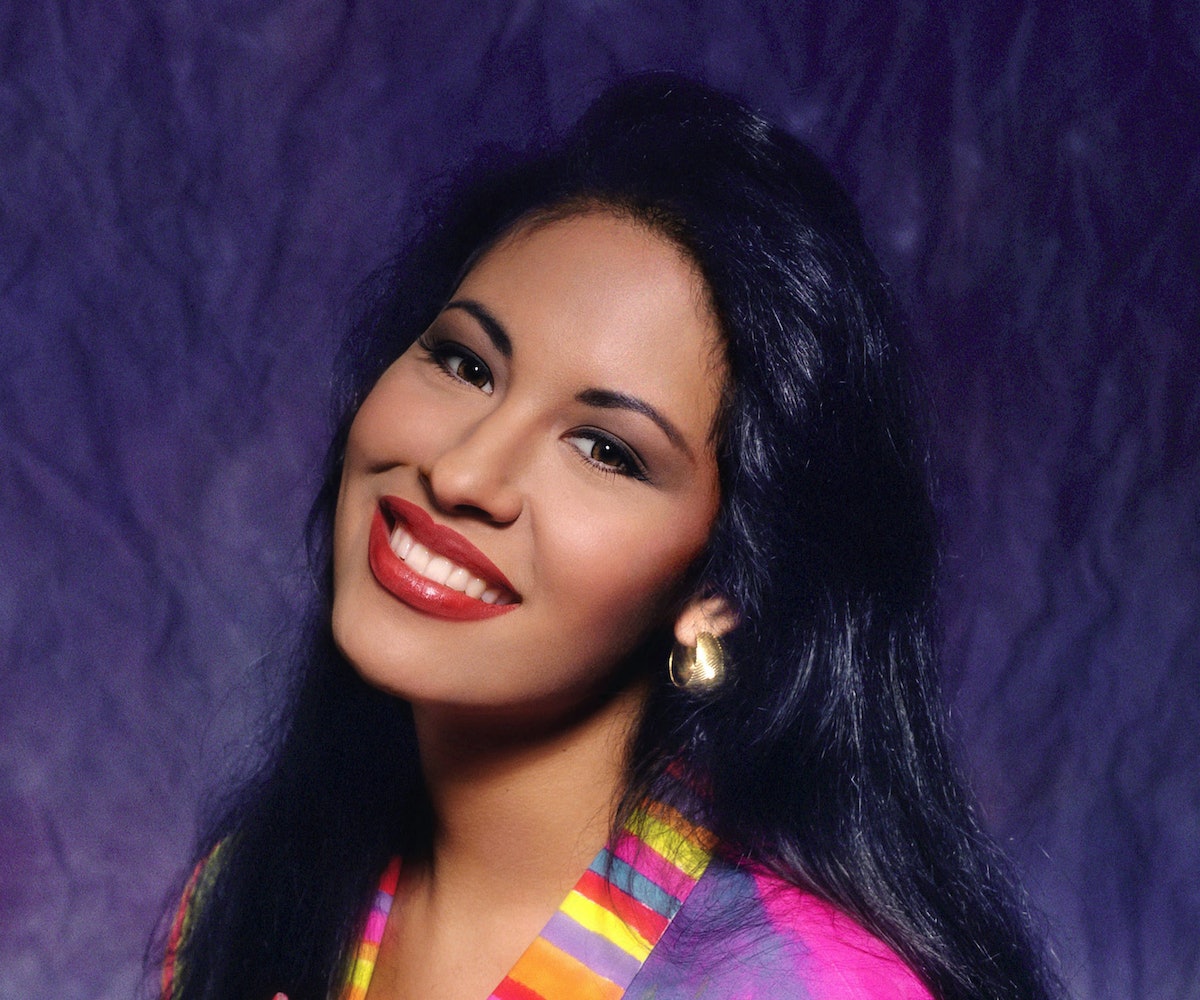 There was little news more exciting for beauty fans than hearing word that MAC Cosmetics would be releasing its second installment honoring the late global superstar Selena Quintanilla back in February. While the debut collection, which sold out in mere minutes, was inspired by Quintanilla's signature beauty routine (see: red lipstick and beige blush), the new MAC Cosmetics x Selena La Reina collection pays homage to her long-lasting legacy — from her music style to her fashion influence.

"I am forever grateful to MAC for allowing me to bring my creative vision to life for this collection and being able to share what I felt would celebrate my sister's 25th Anniversary," Suzette Quintanilla, Selena's sister, shared in a statement. "Working with MAC on both collections has been an amazing experience."

The second drop, released April 21, includes a range of lipsticks (red included, of course), lip pencils, lip glosses, a finishing powder, an eyeshadow palette, and a limited-edition makeup bag. The Tejano superstar's influence doesn't end with products themselves — fans will also recognize the shade names from her song lyrics, and Selena's signature rose logo which was embossed into the makeup itself.

Additionally, the packaging was designed to be kept after the product runs out with a holographic photograph of Selena. "This collection is so special to me because it celebrates Selena's 25-year legacy, and I wanted the packaging to be fun and memorable," Quintanilla says.

One of those fun and memorable moments comes with the Mi Siento...Muy Excited X8 Eye Shadow Palette ($35), which is decked out in rhinestones, inspired by Selena's iconic blinged-out bra; open up the eight-shadow palette, and you'll find an insert photo of Selena in the style. As for shades, the palette offers neutral and soft rosy hues, designed with inclusivity top of mind. "The colors in the eye palette range from warm nudes that compliment every skin tone, to some rich toned earthy browns," says MAC senior national artist Gisel Calvillo.

For lips, the offerings include four new lipstick bullets ($20 each) — ranging from a matte red to a frosty peach — along with two lip pencils and three shades of pearlescent Lipglass ($19) in pink, brown, and white shimmer. Three Retro Matte Liquid Lip Colour shades, including a dark brown, hot pink, and a blue-ish red, round out the lip range. The last product is an all-purpose Skinfinish Powder ($37), a sheer gold powder that can be used as a highlighter, contour powder, or an all-over shimmer — just in time for summer.

Similar to the first collection launch, much of this collection sold out on MAC Cosmetics the same day it was released. Thankfully for those who didn't set early alarms (or just didn't get through the virtual "line" to shop), Macy's has nearly the full collection available to shop online, with most of its hero products — like the eyeshadow palette and engraved lipsticks — still up for grabs.

Check out each product in the MAC Selena La Reina collection below, and shop straight from Macy's here.