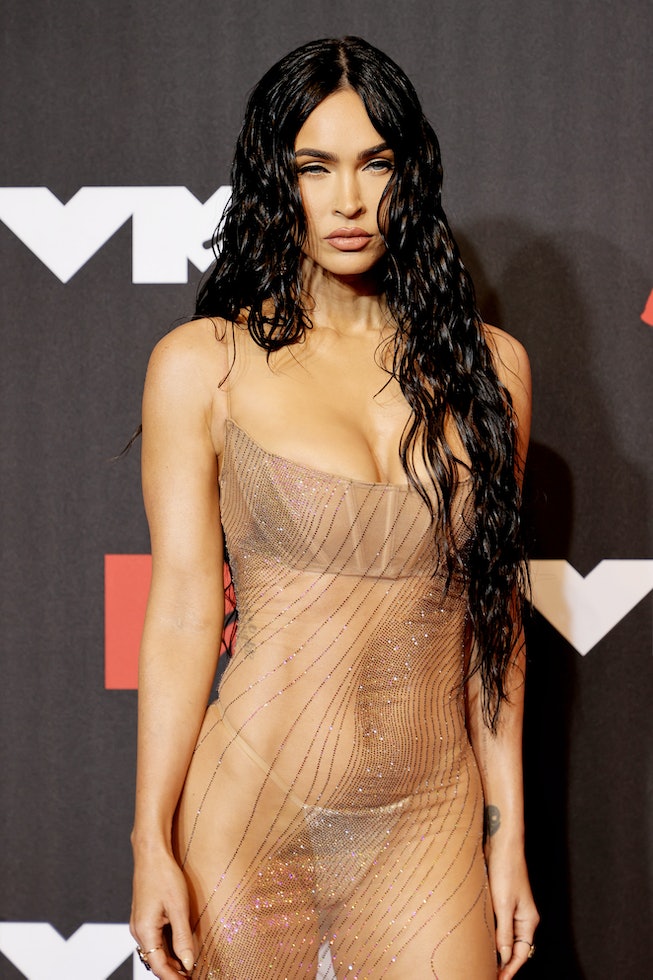 Send help: I’m not sure we can handle a platinum blonde version of Megan Fox.

On Friday, October 8, the actress revealed a dramatic hair transformation on Instagram and the world took note. That’s right, brunette icon Megan Fox is now a blonde. She flaunted the new hair color in a selfie, showing off a full glam look including her signature dark, arched brows, smokey black eyeliner, thick lashes and a rosy-hued matte lip.

She captioned the selfie “This is what the devil’s daughter looks like.” Followed by the details of the reason behind the apparent hair color change: “#JohnnyandClyde Coming Spring 2022”. Johnny and Clyde is an upcoming Natural Born Killers-esque action/slasher movie starring Megan and Tyson Ritter. In the movie, Megan plays a crime boss named Alana.

The architect behind this new hairdo was hairstylist Miles Jeffries, who Fox tagged in her original post along with makeup artist Clarissa Luna. He reposted the selfie on his own account with the caption reading, “Major Hair transformation for @meganfox”. He also tagged and credited artisan wigmaker, Merria Dearman, in his post, leading us to believe that the transformation, while dramatic is not here to stay past her movie role. (And thus disappointing blondes everywhere who were excited to have Megan on the light side for a little while.) Merria Dearman was also responsible for the hair used to create Hailee Steinfeld’s nearly unidentifiable look at this year’s Met Gala.

While we couldn’t have seen this coming, as it turns out, the director of Johnny and Clyde, Tom DeNucci, might have teased Fox’s new hair moment back in September. He said in a recent interview for horror entertainment website, bloody-disgusting.com: “I think horror fans can look forward to a Megan Fox that nobody has ever seen before. I’m not gonna say anything, but there’s something very different about her characteristically, in her appearance, that she’s never attempted to put out there before.” Blonde hair certainly qualifies as a way we’ve never seen her before, and we’re definitely here for it.