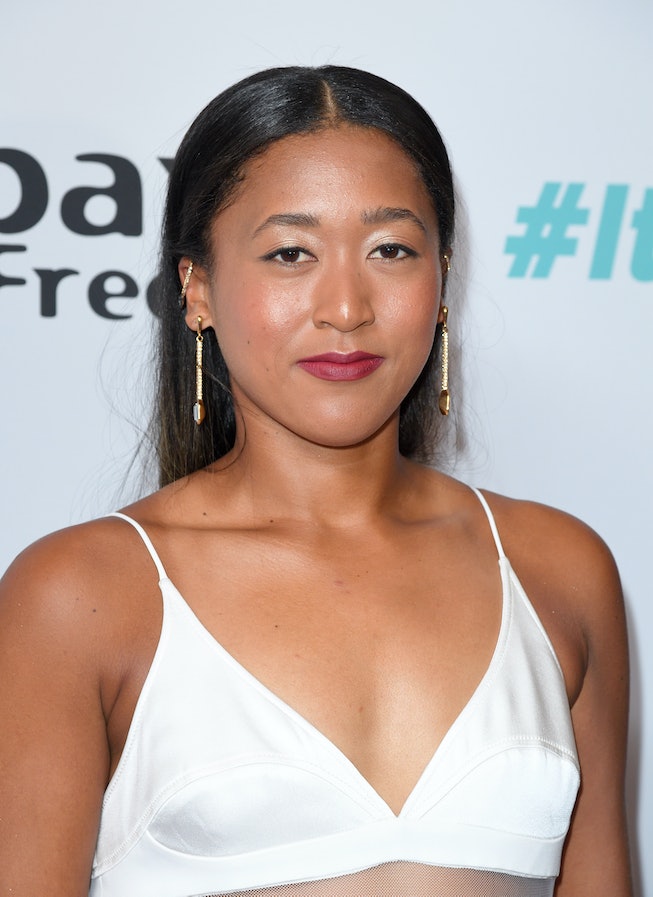 When it comes to watching Naomi Osaka play tennis, multiple things come to mind, from her remarkable and sheer talent to the way her vibrant tight curls bounce as she strives for national titles. Well, the young tennis champion traded in those brown natural curls for bright pink tresses.

On Thursday, Feb. 25, Osaka took to the 'gram and Twitter to share an up close and personal selfie of herself rocking bold electric pink hair in soft loose waves with a caption that read "Sakura could never lol." Letting us know that not even one of the baddest female characters in the anime world could touch her.

Looking straight into the camera, Osaka's latest 'do matches her equally bold pink eyeliner. Now, whether or not she truly switched up her signature brown-blonde curls for pink strands is still up for debate. It's very rare to see the tennis player in anything but her natural hair, making fans wonder if the striking new style is a wig and could just be temporary.

Nevertheless, fans and celebs showed their appreciation for the bold look with comments that read, "final boss" from Pyer Moss designer Kerby Jean-Raymond, as well as, "U wore it better" from olympic gold medalist, Usain Bolt.