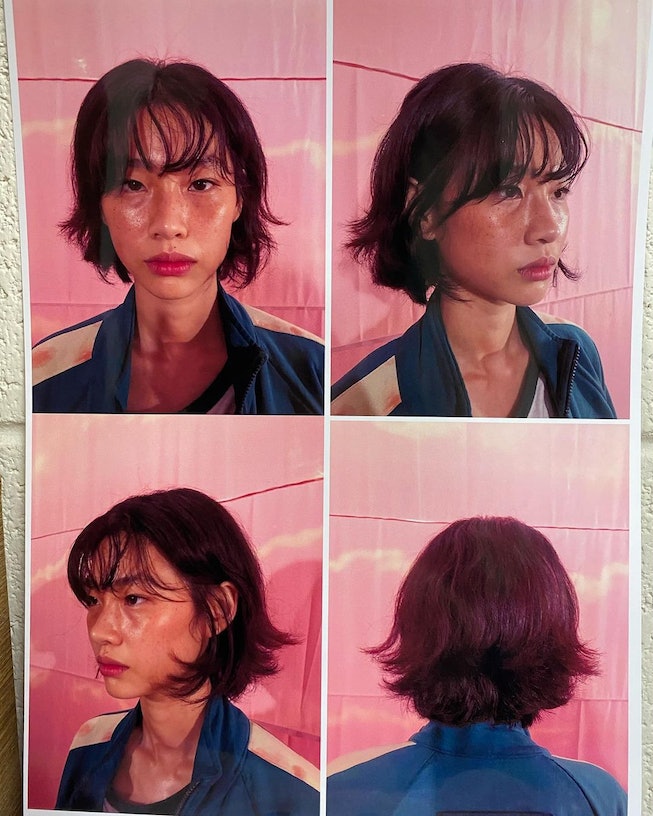 If you haven’t watched Netflix’s hit K-drama Squid Game yet, you’re bound to hear it recommended by friends soon. It’s the most popular Korean drama ever and is quickly becoming one of the most-watched foreign-language productions, becoming the first Korean show to rate as Netflix’s top show in America. (It was released on September 17 and reached number one by September 21.)

There’s a lot to like about Squid Game. It’s a well-written, often terrifying, critique of late-stage capitalism. The characters are also extremely good-looking (something that hasn’t been lost on Twitter), featuring South Korean supermodel HoYeon Jung in her acting debut. Her look on the show was alluring and understated, featuring some of the latest TikTok hair and beauty trends, including faux freckles, curtain bangs, and a wolf cut. Naturally, the Squid Game makeup tutorials have already started rolling onto TikTok, just in time for Halloween.

The hashtag #SquidGame already has over 11 billion videos on the app, including reenactments, edits, and makeup videos. Of the tutorials, Sae Byeok’s character (played by HoYeon Jung) is the most popular, with creators going viral for recreating her signature look. It includes the faux freckle trend, using eyeshadow to create under eye bags, defining eyebrows, and imitating a flushed, chapped lip look.

While Sae Byeok’s makeup is most popular, there are already tutorials popping up for the other characters, including Jiyeong and even that creepy doll (you’ll know the one). With Halloween on the near horizon, there are countless ways to draw reference from the creepy K-drama. Just make sure your makeup is off when you watch the show, you’ll want to prepare for the waterworks.