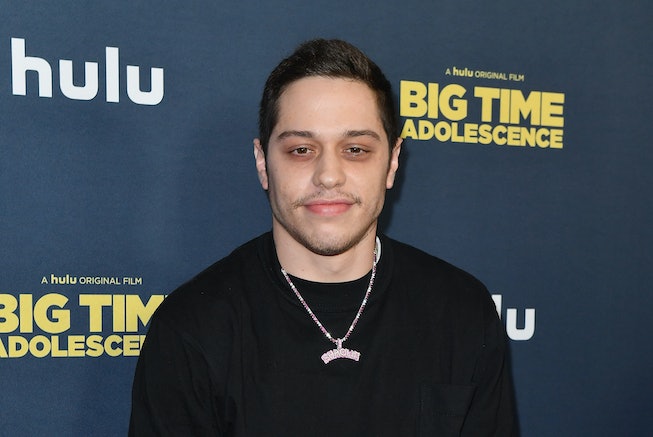 Pete Davidson, purveyor of artful tattoos including a giant shark and an animated version of Hilary Clinton, is ready to bid farewell to his ink collection. The Saturday Night Live star has made a serious habit out of getting inked, but as he revealed, he intends to remove all of his tattoos.

The news comes following a virtual interview session with the King Of Staten Island cast. At the time, film critic Mike McGranaghan had tweeted that Davidson shared he was getting all of his tattoos removed.

Responding to one fan who was in total disbelief over the news, McGranaghan confirmed the report was true, saying, "He even showed his hand, which is already done. He said it takes 3-4 hours in the makeup chair to cover them, so he figured 'it would be easier to get them burned off.'"

Davidson hasn't confirmed the news, or shared where he might be at in the tattoo removal process, but it will likely take some time before his collection is totally gone. It can sometimes take multiple sessions to remove a single tattoo, Allure notes, and depending on the type of removal used, some scarring can be expected. In the past, Davidson had simply covered unwanted tattoos with new artwork, but this process is a bit more intensive.

In a 2019 interview, the comedian had shared his reasoning for getting frequent tattoos, saying, "It's just a release, if you can't get a tattoo... When [I'm] so manic and upset, sometimes that's the only thing that will work for me."