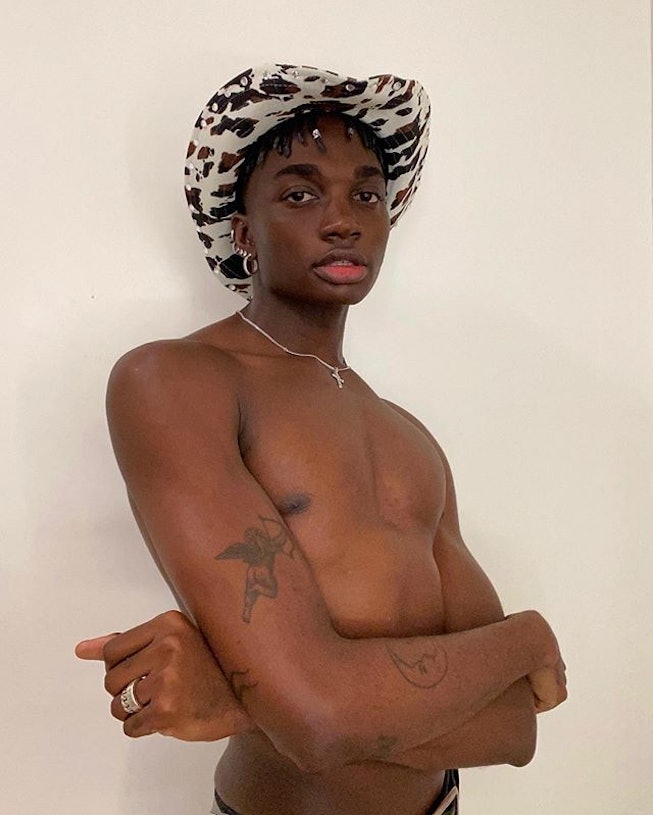 In what's a true gift to every Instagram follower, Rickey Thompson revealed his easy-to-follow skin care routine via a six minute video. Posted on the evening of May 13, Thompson greeted followers from his bathroom, where he had artfully placed his phone on a sink to film his entire skin care regimen.

Before diving into the specifics of what products he prefers, Thompson reminded those watching that this routine is what works for him. Speaking to any "skin care experts" that might be studying his routine, he told them to "shut the f*ck up," about the effectiveness of his products, noting with a hint of exaggeration that this was his routine, and his only.

Rightfully made points aside, Thompson begins, sharing that he has only three steps — water, cleansing, and moisturizing. Before applying water, he does put on a wig cap and cautions those with long hair to do the same, so as to prevent hair from getting in the way. Once his face is wet, he uses Cetaphil Daily Facial Cleanser ($6) to cleanse. In order to get the most from his washing routine, Thompson reminds viewers to be gentle with their skin, and he shares his preferred method of application — singing while washing.

For his final step, Thompson relies on a bit of advice he learned from social media, sharing that he uses body lotion, specifically Gold Bond Ultimate Healing ($11), for moisturizing. And with those three steps completed, he's officially ready to face the day. As for what Thompson's post-skin care routine day included, he later shared an Instagram Story of a brief dance in front of the fridge.

NEXT UP
Beauty
12 Lunar New Year Beauty Releases To Ring In The Year Of The Rabbit
Entertainment
Larsen Thompson Embraces Imperfection On Debut Single "Roots"
Nylon Nights
How Renzo Rosso Turned The Pelican Hotel Into A Miami Must-Stay
Entertainment
Samia On 'Honey' & Saying The Ugly Part Out Loud
Style + Culture, delivered straight to your inbox.