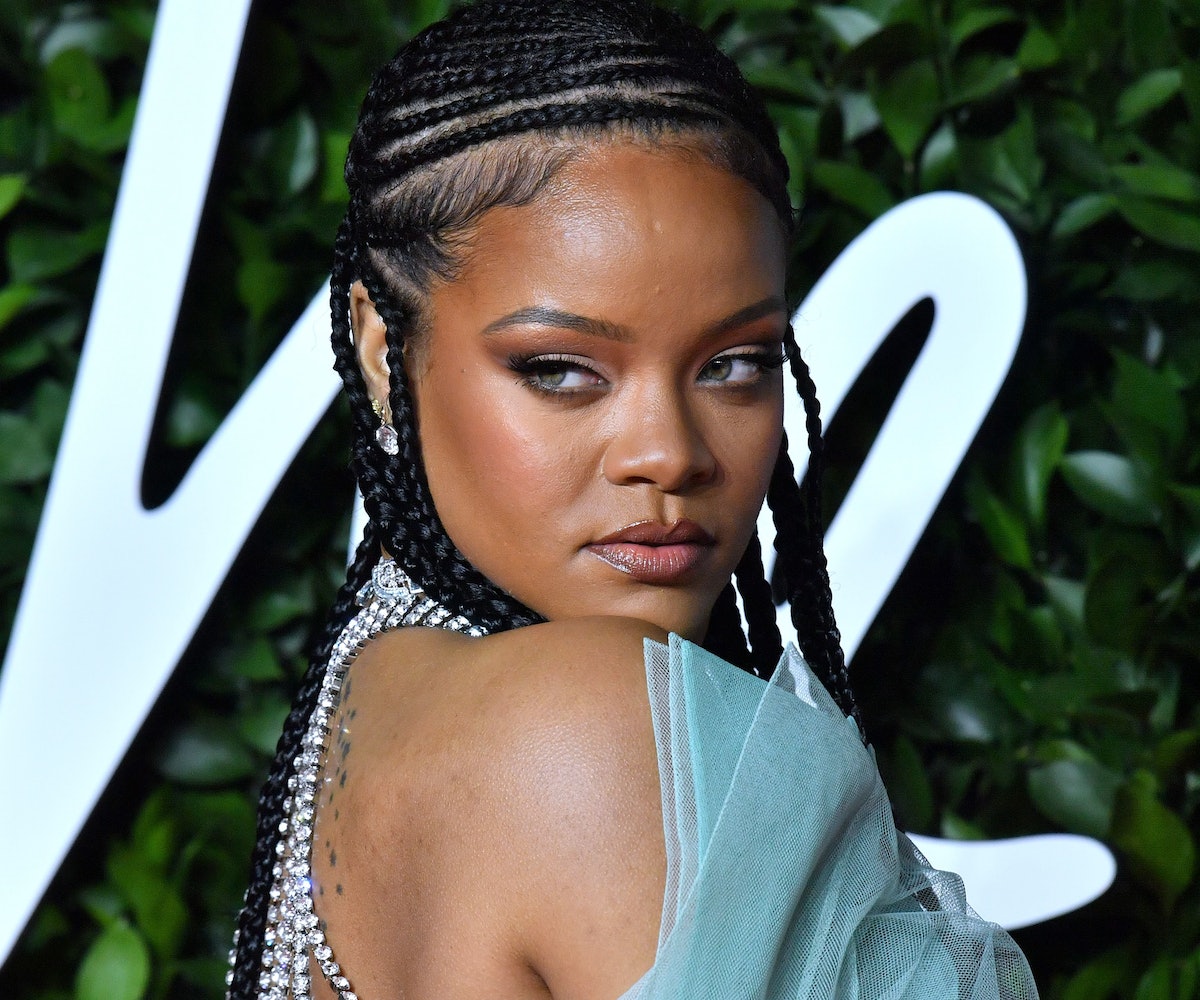 While Rihanna didn't bring any more clarity on the release date of her highly anticipated ninth album in her latest cover interview for British Vogue's May 2020 issue, the multi-hyphenate didconfirm the existence of another project — Fenty Skin. Following the 2017 launch and subsequent success of her game-changing namesake cosmetics brand Fenty Beauty (now worth around $3 billion), the mogul is gearing up for the launch of her full skin care line.

The confirmation comes after more than a year of speculation, stemming from a filed trademark listed under "Fenty Skin" in March 2019. As first reported by Page Six, the application listed "medicated and non-medicated skincare, soap, body care and personal care products (excluding colour cosmetics, perfume and other fragrance-only products), and related accessories such as kits, tools and applicators," as goods to be covered under the trademark.

As pointed out by British Vogue, Fenty fans looking for skin care products from the brand have had to make due with limited products: Pro Kiss'r Lip-Loving Scrubstick ($16) and Pro Kiss'r Luscious Lip Balm ($18), and the brand's best-selling luminizing Body Lava Oil ($59). According to Rihanna herself, a full-fledged skin care line won't be released until she and her team could perfect the forthcoming offerings to be just as major as the Fenty Beauty cosmetics brand. "Skincare, it's the truth," she shared with British Vogue. "It either works or it doesn't. There's nowhere to hide."

There is no confirmed Fenty Skin launch date, or information about what products to expect as of right now, but judging by the care and consideration Rihanna and the Fenty Beauty team has put behind its formulas and marketing, the skin care line is poised to be just as influential in the industry.

In the same interview, Rihanna went on to discuss the major industry shift that was made following the launch of Fenty Beauty, and the disappointment that set in after her rollout of 40 foundation shades (now 50) was lauded as groundbreaking, when it should have just been common sense.

"I'm shocked by people saying, 'Oh my god, what made you think of making make-up for black girls?'" Speaking with British Vogue, she continues, "I'm like, 'What? You thought this was like, a marketing strategy? Like I'm a genius?' It's shocking most of the time," she says. "Then it turns into disappointment that this is groundbreaking right now. In my mind, this was just normal."