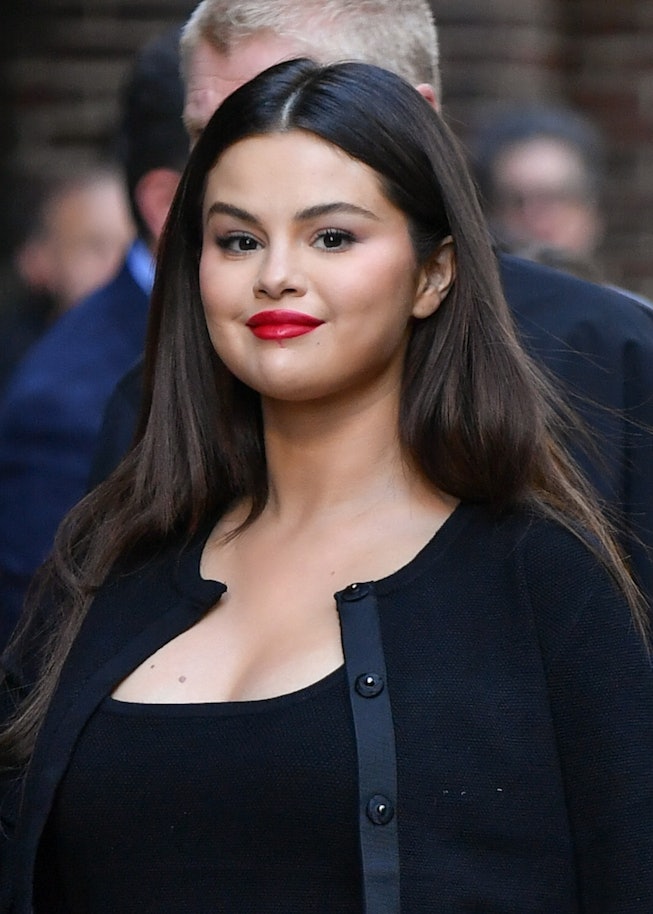 It always feels refreshing when a celebrity makes a dramatic hair change. The newest celebrity to reveal a hair transformation this week is Selena Gomez. She has spent the last few months with her dark brunette hair in long, loose waves, but many of us might be more accustomed to seeing the actor on her recent Hulu show, Only Murders in the Building, where her character, Mabel, has a mid-length cut. While both looks undeniably suit her, the 29-year-old singer has decided to majorly switch up her style IRL by cutting her hair into a short and sleek bob.

In a TikTok video on Oct. 18, Selena promoted her watch party for the finale of Only Murders in the Building on Tuesday, Oct. 19 (which she executive produced and starred in). In it, Selena fans got a peek at her new short, structured bob. This isn’t the first time she’s tried out short hair. Many consider it a throwback to her 2019 haircut and her 2017 look at the Met Gala. “2017lena be making a comeback all year. Went blonde, performed Wolves, haircut, what’s next?” commented one person on TikTok. Others compared the look to her Disney character Alex Russo of Wizards of Waverly Place.

Selena often switches up her hair length, making dramatic oscillations between short and long, and she’s not the only one to make the transition to a bob haircut this fall. Other celebrities like Kourtney Kardashian, Elizabeth Olsen, and Billie Eilish also recently made the chop. In fact, the bob is set to be one of the biggest hairstyles of the season.

While Selena has currently only posted her new ’do on TikTok, we’re sure she’ll be showing it off more soon, despite openly not using social media apps herself. In a recent video with WWD’s Beauty Inc, she says she hasn’t had the apps on her phone in three years. Instead, her assistant posts the images, videos, and captions she provides.

This isn’t helpful for anyone hoping Selena will see a comment of them complimenting her new hair, but it’s really good for the star’s mental health, after opening up last year about her battles with anxiety and depression and bipolar disorder diagnosis. With a new chic haircut and healthy social media boundaries, the singer and actor is continuing to thrive and we love to see it.