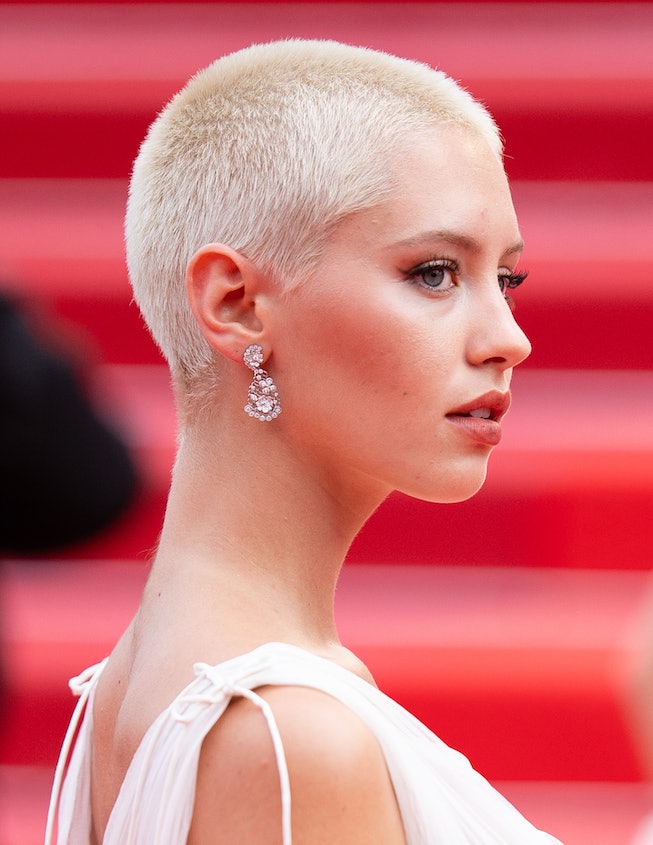 The women’s buzz cut has had a rocky recent past. There’s arguably no more drastic and irreversible hair choice than shaving your head and it’s almost always viewed as more than just a haircut. During Britney Spear’s public (and justified) meltdown in 2007, people saw the shaving of her head as a representation of her instability. At the start of the pandemic, a buzz cut became a symbol of a person whose isolation might have pushed them to the edge or a shedding of bad energy.

This year, the buzz cut is being reclaimed by fashion’s it-girls, making it the official cool-girl hairstyle of summer 2021. One such celebrity is Gen Z model Iris Law, who told British Vogue shaving her hair off “changed her life.”

Law has been making waves with her bleached buzz cut from its debut from TikTok to the Cannes red carpet. She’s also not the only one to recently get the chop. Jada Pinkett Smith recently posted her new buzzcut on Instagram saying her daughter, and NYLON July cover star, Willow Smith “made her do it”. Willow has rocked a buzzcut on and off for years.

So what is it about this summer, one year after quarantine buzz cuts were trending on TikTok, that’s once again inspiring people to take to their hair with an electric shaver in their bathroom? Haley Hardin, a hairstylist at New York’s Blackstones Collective, says it could be down to an increase in body acceptance over the pandemic, an urge to defy beauty standards, and the rise of “gender fluid confidence,” as she puts it.

“I’ve definitely seen more buzz cuts and much shorter hairstyles this season,” she told NYLON. “A lot of them have been DIY jobs and I’m living for it. I’m also guilty of it myself, as I sheared myself last summer.”

Hannah DiFolco, a hairstylist and colorist, thinks the shaved head trend signals an era where, with a new perspective from the global health crisis, we continue to worry less about what we see in the mirror. “I think this time allowed people to really look at themselves and see what was important,” she said. “And honestly, our bodies and hair are the least interesting things about ourselves.”

She also believes it signals a new understanding of femininity. “Femininity comes from within, regardless of gender. It’s so powerful and wonderful to feel so feminine on the inside and look however you decide on the outside,” she told NYLON.

With the buzz cut’s new it-girl status, it makes sense that the recently released reboot of Gossip Girl would have a lead, Jordan Alexander, sporting one as well. In an interview with W Magazine, the rising actress said the casting directors were looking for “a mixed-race Black girl with a shaved head” in particular. The show also stars Evan Mock with a bubblegum pink buzz cut, a look that’s also trending on TikTok. Many people are using their buzzed heads as canvas for colorful hair art.

Over a year into pandemic life many may still be shaving their heads, but it’s with a new sense of hope, purpose, and artistry. Whatever your reasoning, getting a buzz cut will forever be a badass move. Something icons Michaela Coel and Keke Palmer already knew and yet another thing the tabloids got wrong about the original it-girl, Britney.