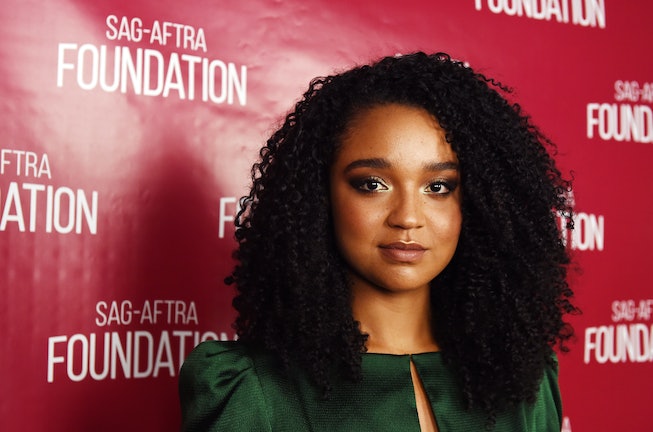 As The Bold Type prepares to wrap its current fourth season, one of the show's stars has spoken out regarding the lack of diversity that permeated every aspect of the show. Aisha Dee, who portrays Kat Edison on the Freeform series, shared an Instagram post on Wednesday, July 15, explaining her need to speak up. Among the issues discussed included the lack of a stylist that knew how to work with natural hair, Kat's current storyline, and a crew lacking in diversity.

According to Dee, when she first signed onto the Freeform series about the lives of three New York City women working at a magazine, she felt that for the first time in her career, she was given the chance to play a character that wasn't just a "white character's best friend."

She acknowledged that Kat's storyline, which is centered on her queer identity, and the show's willingness to explore topics ranging from sexual health to white privilege has been important. However, behind the scenes, Dee called for more work, writing, "The diversity we see in front of the camera needs to be reflected in the diversity of the team behind the camera."

Dee said that "it took three seasons to get someone in the hair department who knew how to work with textured hair." She called the decision to hire someone that understood her hair impactful, and said she was addressing the issue because, "I want to make sure that no one else ever has to walk onto a set and feel as though their hair is a burden. It is not."

The show's current plot line — one that has Kat falling in love with a woman that identities heavily with Republican viewpoints — was also addressed. She called the story confusing, saying, "I tried my best to tell the story with honesty, even though the Kat I know and love would never make the choices. It was heartbreaking to watch Kat's story turn into a redemption story for someone else, someone who is complicit in the oppression of so many. Someone who's politics are actively harmful to her community."

Dee noted that these issues aren't specific to just The Bold Type, and she said that even at the age of 14, when on the set of her first job, her stand-in wore brown face and a curly wig. She said that numerous times, makeup artists haven't had a foundation shade suited for her, and they often "blamed me for their inconvenience."

Closing the note, the star said that she lives with a lot of privilege, as a biracial, light skinned, cis woman, and while her "experiences pale in comparison to the experience of many," she wants to "see stories that are for us, by us."

Her fellow costars, including Meghann Fahy and Katie Stevens have shared the message, and according to Dee's message, she has already spoken with writers and producers from the series, as well as executives at Freeform and Universal Television. "This is an opportunity to really walk the walk, to really practice the things The Bold Type teaches, by acknowledging mistakes and making commitments to be better in the future," Dee wrote.

Freeform responded to Dee's post in a statement to NBC News, saying, "We look forward to continuing that dialogue and enacting positive change. Our goal on ‘The Bold Type’ is and has always been to tell entertaining, authentic stories that are representative of the world that Kat, Jane and Sutton live in — we can only do that if we listen.”