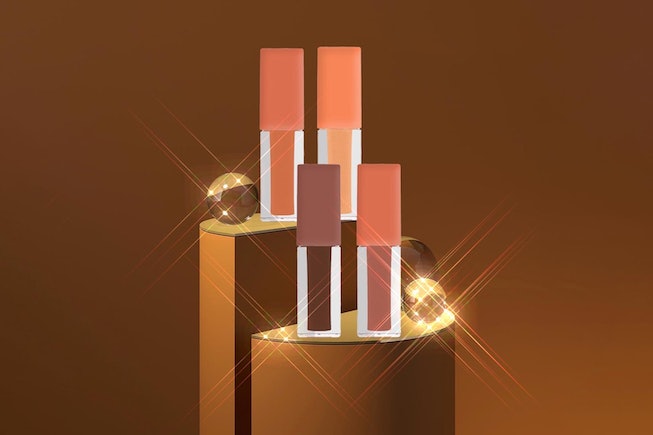 When Whippd Cosmetics, a company founded by Rachael Robins, debuted a line of nude lip glosses made specifically for Black people on July 1, the product instantly sold out after making big waves social media. Less than a week later, it's returning. On July 7, Whippd will restock its popular Coco Collection, Hypebae reports.

The Coco Collection, which retails for $48 and includes six shades, went viral on Twitter with its debut, and its restock is scheduled for Tuesday, July 7 at 8 p.m. EST. Launching with limited quantities, the Coco line features shades intended to complement Black complexions, with colors including Brown Sugar, Ebony, and Truffle. Glosses from the line can also be purchased individually, retailing for $10.

Speaking with Teen Vogue, Ross explained her intentions for the lip glosses, saying, "My experience of trying to find the perfect nude lip color to match me was always unsuccessful. The colors I would use would either be too light, too dark or have a blaring red undertone. I would often have to mix together my own shades and I knew other black women have encountered the same issue while shopping for the perfect nude lip."

Along with the relaunch of its popular Coco collection, Whippd will also unveil a few new items on Tuesday, Hypebae reports. The brand hasn't announced what the new items might included, but its online store does feature lip scrub, body butter, and body polish.