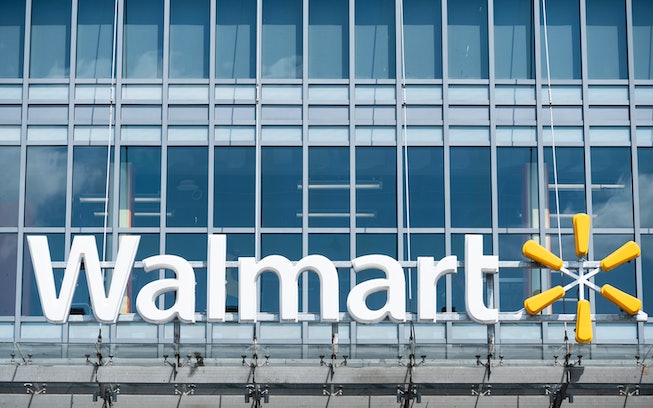 Following continued social media scrutiny amid Black Lives Matter protests, some major retailers have announced they will no longer lock up Black beauty products. Walmart, Walgreens, and CVS respectively shared they would end the practice of placing Black beauty products in locked sections within stores.

News of the change comes after a local Denver news station and some on social media, including Jesús A. Rodríguez, pointed out that issues of racism in the United States require change on multiple levels. Responding to Rodríguez's now viral tweet on June 10, Walmart announced its decision, tweeting, "We have made the decision to discontinue placing multicultural hair care and beauty products in locked cases. This practice was recently in about a dozen of our 4,700 stores nationwide."

In a statement to NPR, CVS also confirmed it would no longer lock up products, and the retailer denied the previous decision was tied to race. "Our product protection measures have never been based on the race or ethnicity of our customers. "We are taking steps in our stores to ensure that no hair, beauty or personal care products for communities of color are kept in locked displays or shelving units," the statement read.

Walgreens also affirmed its decision to the Associated Press, saying, "We are currently ensuring multicultural hair care and beauty products are not stored behind locked cases at any of our stores."

News of the change at Walmart comes after a 2018 lawsuit was filed against the store for its practice of previously locking up beauty products, Associated Press reports. California resident Essie Grundy had filed suit against the retailer in 2018, saying that she felt "shame and humiliation" when she was required to find an associate to unlock the beauty products she needed each time she visited the store.

NPR reports that the case was dismissed last year, and at the time, Walmart had disputed Grundy's claims, stating that the products were not tied to any one particular race, and the locked cases were part of "enhanced safety measures" for products they alleged were commonly stolen; other locked items included razors and batteries.

Following the announcement from the retailers, some on social media questioned why the products were ever locked up, tweeting, "Are we supposed to applaud walmart cvs and walgreens for taking beauty products for POC out of locked cases????????" and "The fact that they locked up hair products to begin with, was a mess. As if it wasn't bad enough that hair products for us never even used to be in the HAIR SECTION."

NEXT UP
Beauty
Jenna Ortega Embraces Emo Bangs and Eyeliner At Saint Laurent’s Menswear Show
Beauty
12 Lunar New Year Beauty Releases To Ring In The Year Of The Rabbit
Beauty
Bella Hadid’s Clip-less Updo Is Going Viral On TikTok
Beauty
No One Does #PamCore Beauty Better Than Pamela Anderson, Herself
Style + Culture, delivered straight to your inbox.