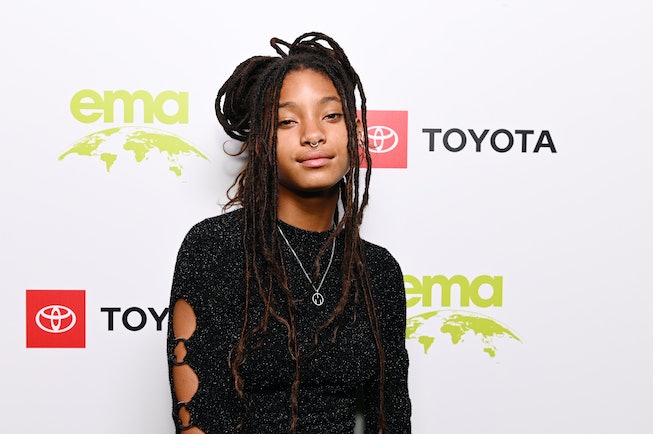 Appearing on Red Table Talk on Facebook Watch, Willow Smith got candid about the self-confidence struggles she once faced with her hair. Chatting with her mom, Jada Pinkett Smith, the star revealed that as a child, she disliked her hair, and often compared herself to others.

Pinkett Smith's mother Adrienne Banfield Norris, best friend, Mia, and Mia's daughter Madison —whom the Smith's consider family — were all joined together for the show, and during the interview, Willow shared that she compared her hair against Madison's. "One of the issues for me growing up was my hair. I would look at her [my cousin's] hair and be like 'I would be so much prettier if my hair wasn’t so kinky," she said. The star also said she did the same with her friends' hair.

Despite her childhood struggles, it appears as if the "Whip It" singer has been able to move past those feelings. Speaking with The Cut in 2018, she said she was "best friends" with her hair. "I love my locs and they love me. I’m just really calm about it now. When I had my hair out and not in locs, it was such a hassle every single day, trying to do … whatever to it [laughs]. Having the locs is just amazing. I can go about my life now and not worry about it," she said.

Since that interview, Smith has made a major change to her hair, choosing to shave it off for a performance art piece. As Allure reports, Smith entrusted the shaving process to her boyfriend, Tyler Cole, and her mom had captured the moment, which was part of her piece intended to explore different stages of anxiety.

Watch the discussion on Red Table Talk, below.