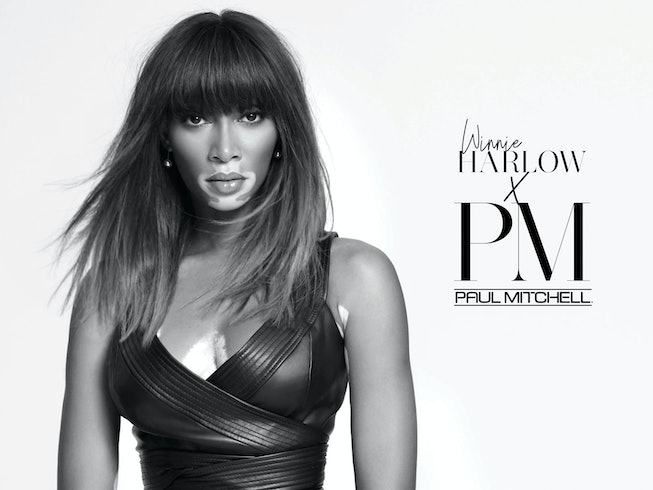 Winnie Harlow made beauty history, becoming the first-ever global ambassador for Paul Mitchell. The model celebrated the nod with a new photoshoot, and for the images, Harlow sports a stylish take on many popular '90s hair trends.

To celebrate the news, Ramirez worked with Harlow on a series of images for a stunning black-and-white photoshoot. For the photos, Harlow dons multiple hairstyles, including a short pixie cut, a lengthy style with blunt bangs, and voluminous curls. The photos were shot by renowned photographer Micaiah Carter.

Although a time machine to the '90s is currently unavailable, Paul Mitchell made recreating the '90s-inspired styles super easy. An accompanying website lists out the product and process used for Harlow's hair.

In a press release statement, Harlow expressed her thoughts on her new role and the resulting images. “Expressing myself through hair is a fun experience that represents different stages of my life. I get to create new personas, personalities and characters with every look - from super sexy with long, straight hair, a chilled-out feel with curly waves, and a little tomboy with a short cut,” she said.

See photoshoot images, all shot by Carter, below.