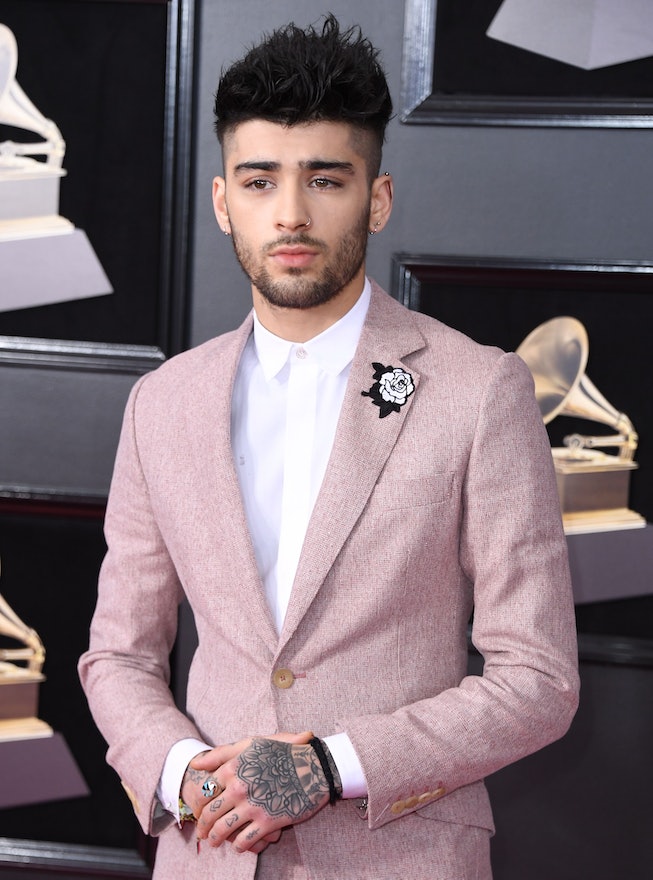 Over the weekend, Zayn Malik caused a stir by posting his jawline with a brand new face tattoo. The tattoo, which is barely visible under his stubble is hard to decipher, leaving fans guessing what it says.

Fans have speculated that it’s either a Latin script or the phrase “Do More.” “Streets saying that Zayn's new tattoo is ‘Da mamma’,” one person tweeted. Others joked that it spells out “Deez nuts”.

Jokes aside, Zayn is known for getting sentimental tattoos. He and Gigi Hadid recently got matching tattoos of their daughter's name (Khai) in Arabic. While in One Direction, Zayn and his bandmates got tattoos from around the world. The now solo singer has been steadily building his tattoo collection ever since. This includes his dad’s name, Yaser, the number 25 (which he got tattooed when he was 25), and Gigi’s eyes.

If Zayn’s other tattoos are any indication, his first face tattoo is no doubt meaningful. Just don't ask us what that meaning is. Here’s hoping he goes for a clean shaven look soon so we can figure it out.