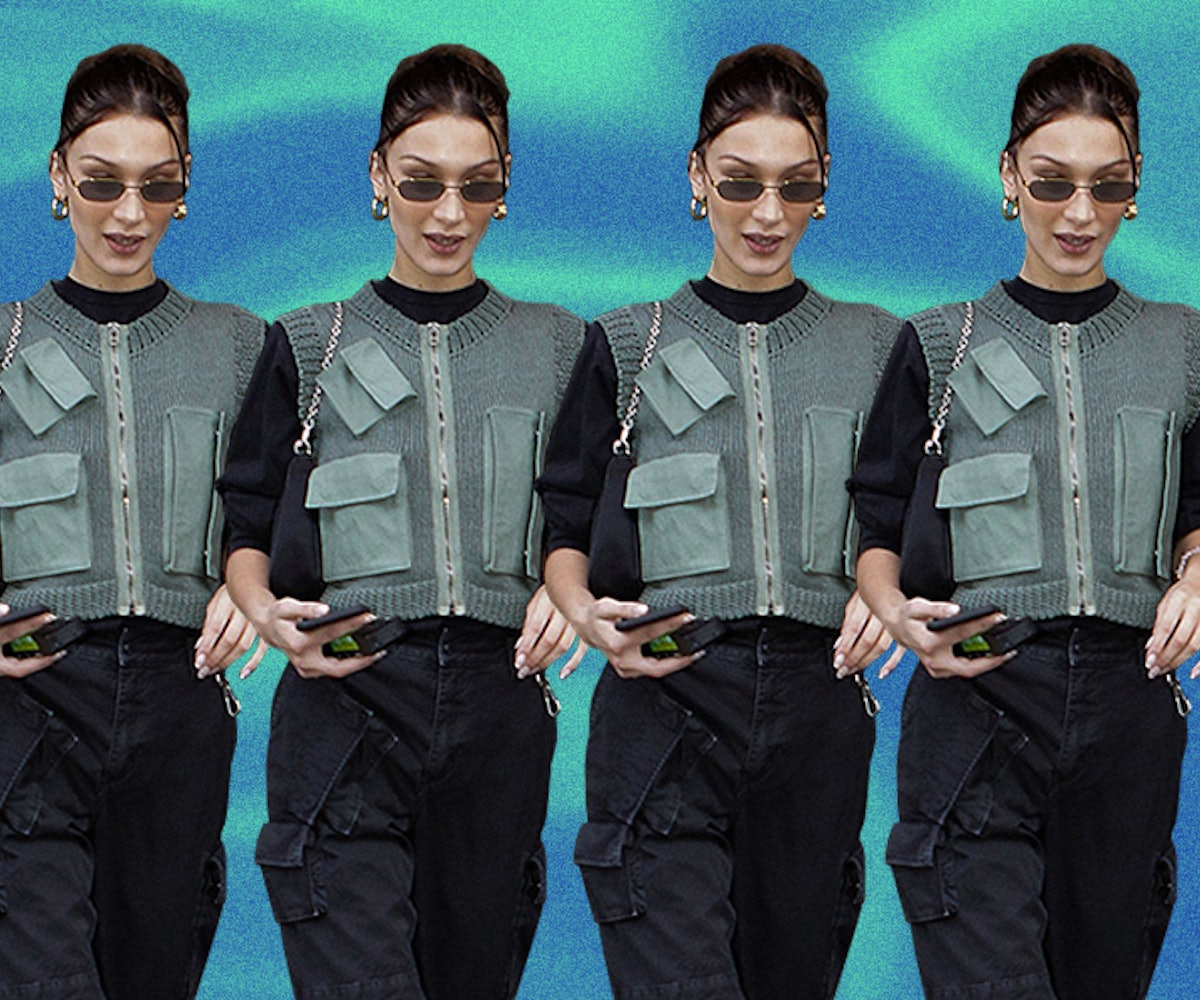 I've been watching a lot of Billy Eichner's "Billy On the Street" all week on Netflix, so we're going to get right into it: Let's play a game! How many pockets does Bella Hadid have? The model recently touched down in Paris — we know this because her Instagram says so — and on Thursday, she was seen wearing a very utilitarian-inspired, Bass Pro Shop Chic look.

Okay, so here are the rules of the game. You have to guess, count, estimate exactly how many pockets are on Hadid's person. Her little baguette shoulder bag does not count. And despite the fact that with so many said pockets, she still insists on holding things in her hands, they do not count either. Okay, ready? And away... we... GO.

We see that her Reese Cooper sweater vest has three very obvious pockets on the front. Are they holding a new pair of Air Pods? Another pair of tiny sunglasses? Her Catwoman mask from Halloween? We'll never know. But at least we know, so far, that Hadid has three pockets. Yes, three pockets. Confirmed. Moving on.

Now, here's where it gets tricky. Her cargo pants, also by Reese Cooper, are comprised of one hell of a pocket party. On her right leg, we're counting about three sewn-on storage units, which now brings our total to six. On her left leg, there are two, so we have eight. Could there be more pockets on the back? Let's have a look.

Ah, yes, we see there's at least one pocket on the back of her pants. Could there be more? We'll never know! What we're definitely sure of is that her long-sleeve shirt, by Local Authority, has absolutely zero pockets. What a relief.

So that brings us to the grand total of... nine pockets. We repeat: nine pockets! If you guessed right, then congratulations! Your prize is finally getting to the end of this very silly game. Bye!