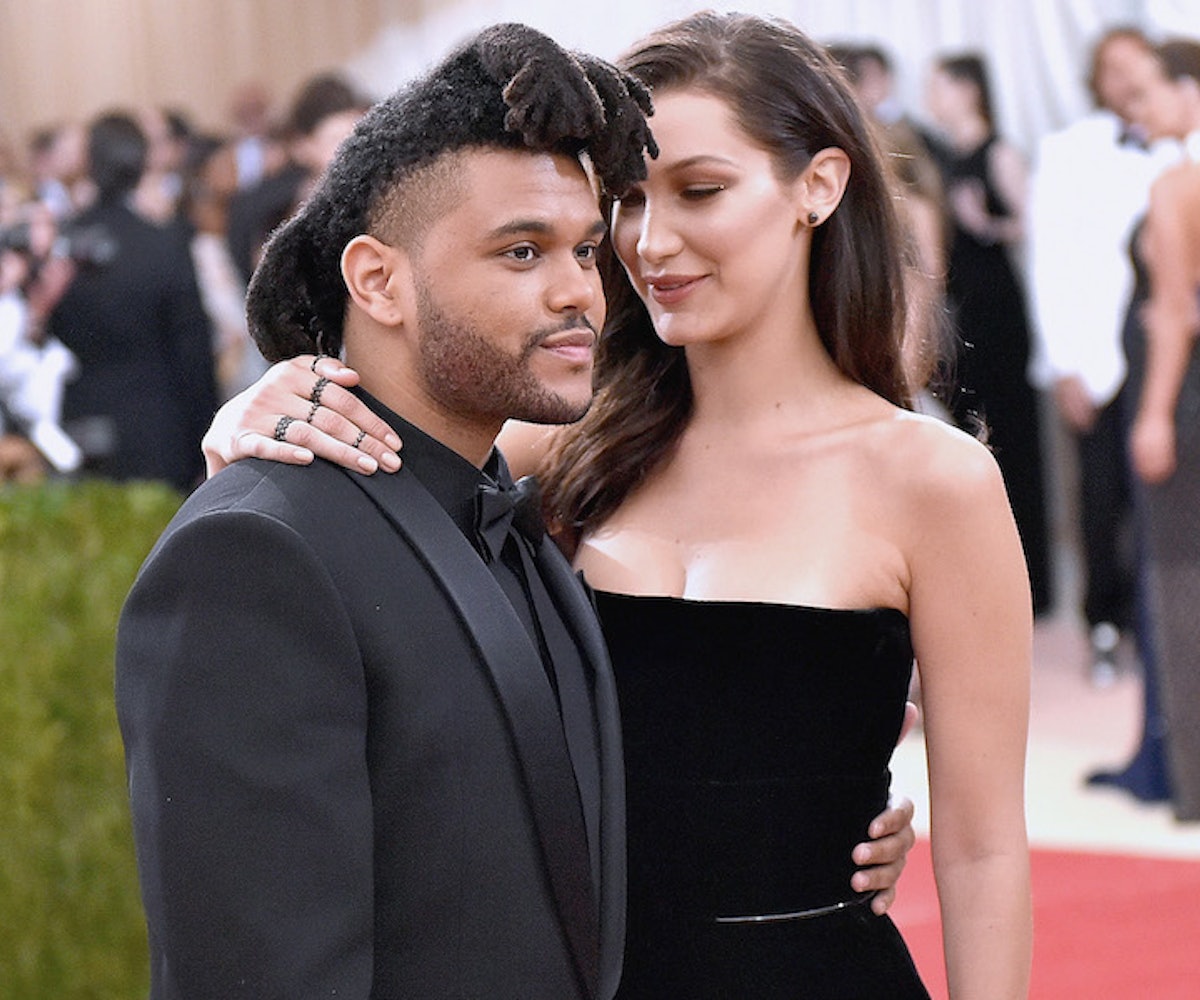 The Weeknd released his sixth album of moody sex, party and heartbreak bangers, After Hours, and the internet believes we have one person to thank: Bella Hadid. The supermodel has dated Abel on and off for years, inspiring many of his biggest hits, and After Hours seems to be cut from the same leather, tear-soaked cloth.

The 14-track album starts with "Alone Again" and ends with "Until I Bleed Out," which should give you an idea of the type of classic Weeknd content we're getting on After Hours. Abel's videos for singles "Heartless," "Blinding Lights," and the "After Hours" short film showed off his penchant for horror, with the brooding pop star staggering around Las Vegas in a red blazer with blood covering his teeth. As he continues to lean into the dark vibes that first won his fans over in the Trilogy days, it's clear that one person remains a muse for Abel's complicated art: