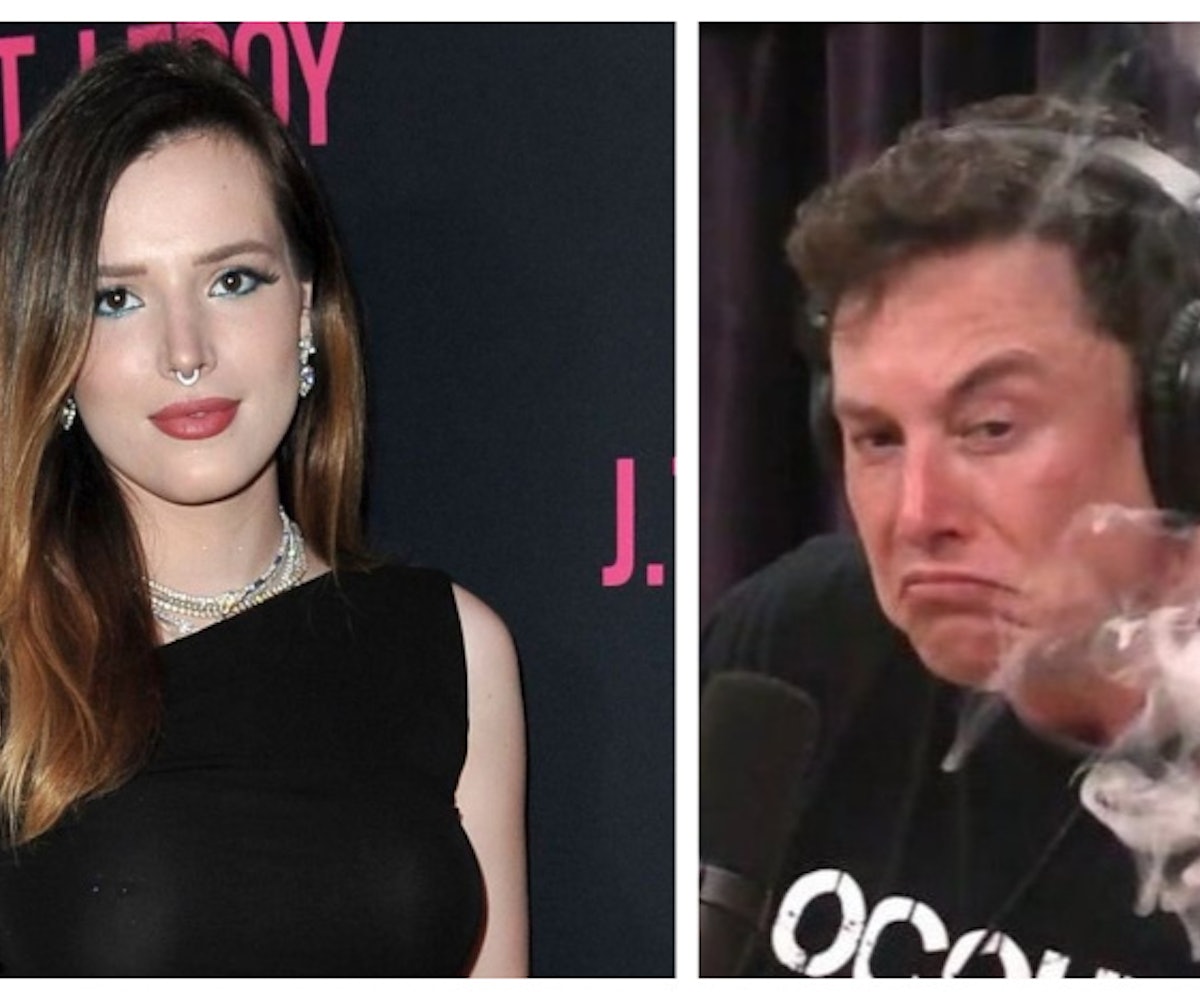 Bella Thorne, who definitely knows how to smoke properly, pretended she didn't, to recreate that iconic Elon Musk meme, wherein he smoked weed wrong (meaning: while not inhaling) on a podcast.

Thorne was a guest on her friend's, YouTuber Logan Paul's, podcast, where they decided that the thumbnail of the episode's video version should be of her smoking weed just like Musk in the image that went viral, grimacing while surrounded by smoke that he did not inhale for long enough.

Thorne studied the original meme before attempting it herself. Luckily, she already had a blunt in her hand. "Ay @elonmusk you have some competition," Paul captioned a tweet with the video, tagging Thorne.

Honestly, she tried her best, but I don't think that Thorne could adequately capture the ridiculous face that Musk was making in the photo. I'm not holding it against her, though. I'd say that she probably couldn't do it because she *actually* knows how to smoke.