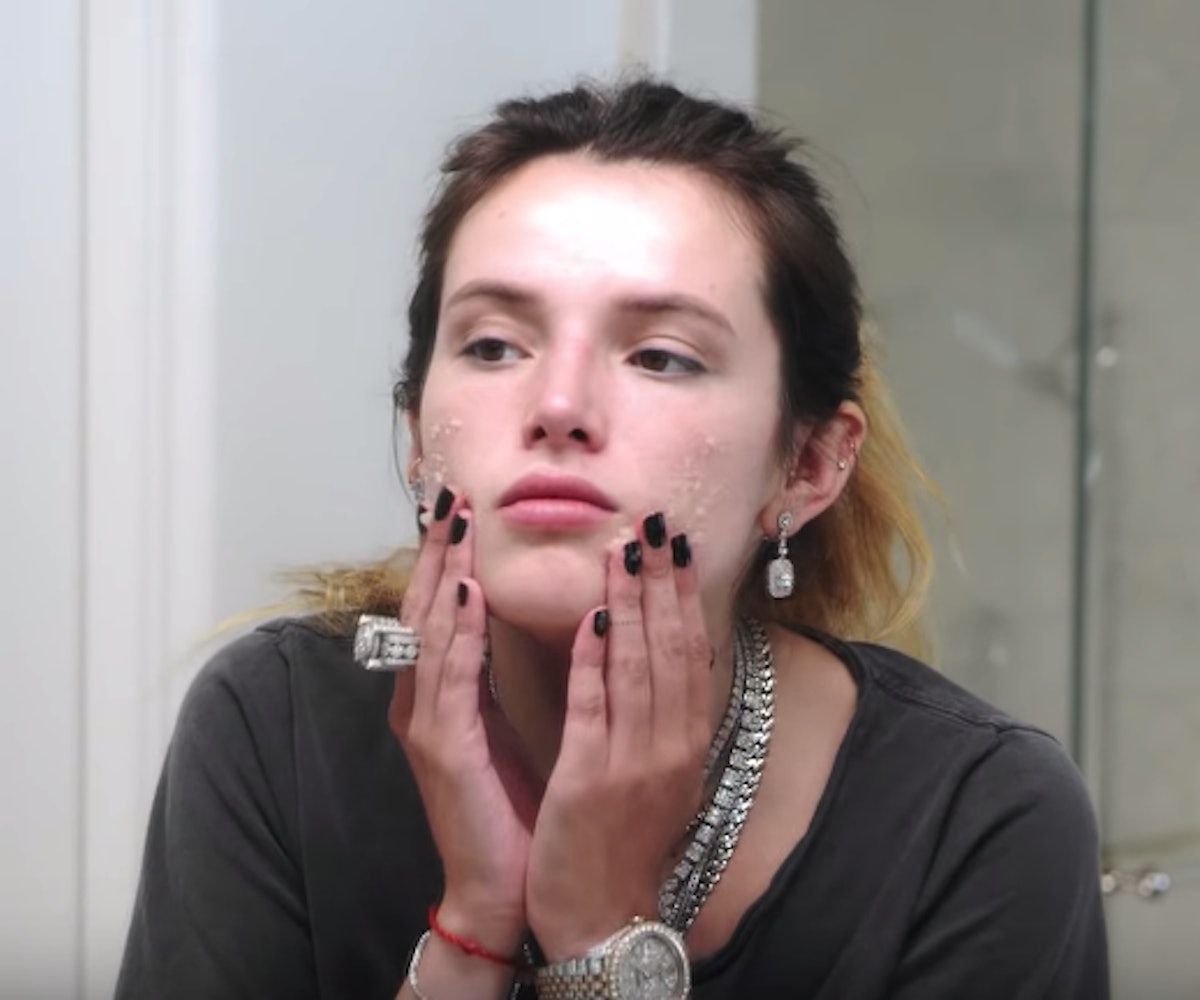 Bella Thorne shared her nighttime skin-care routine, described as "all-natural" and "DIY," with Harper's Bazaar, and Reddit is calling her out for her choice of controversial ingredient which she says helps with her acne scars.

In the 10-minute video, Thorne talks about her past struggles with cystic acne and says that her "oily underneath and dry on top" skin type means that she has to exfoliate all the time. She only uses one product at night, a scrub that she made herself. She's also shared it with others: "I started using it on my newest assistant and he's been loving it, it's been making his skin so smooth and actually helps take away the indents [from scarring]," she said.

Her DIY scrub includes lemon juice—the ingredient in question—as well as olive oil and sugar. "Just reading about the lemon juice and sugar is already making my skin cry," said Reddit user _lnguyennn in response to the video. Another user shared that using lemon on their face "ruined my skin."

Not only is lemon juice highly acidic, but it could damage your skin with use. In an interview with Byrdie, dermatologist Dr. John Diaz pointed out that "lemon juice contains citric acid and a chemical known as psoralen. Both of these are known to be irritating to skin." There's also the fact that "they can make the skin extra sensitive to light, causing superficial burns and blisters when the skin becomes exposed to the sun." In Thorne's defense, though, she's using it at night and so won't be in the sun after using her scrub.

There's also the fact that she uses coconut oil in her face masks, an ingredient that one user points out is "highly comedogenic and pore clogging." Of course, what works for one person's skin doesn't work for another one, which could explain the positive results Thorne claims she sees from the product. That said, we hope that she's at least run them by a dermatologist to make sure the routine is not harmful for her skin in the long run.

NEXT UP
Beauty
12 Lunar New Year Beauty Releases To Ring In The Year Of The Rabbit
Beauty
Bella Hadid Channels Marilyn Monroe With New Bleach Blonde Hair
Beauty
No One Does #PamCore Beauty Better Than Pamela Anderson, Herself
Beauty
Dua Lipa’s ’90s Updo Is Hair Inspo For Your Next Night Out
Style + Culture, delivered straight to your inbox.