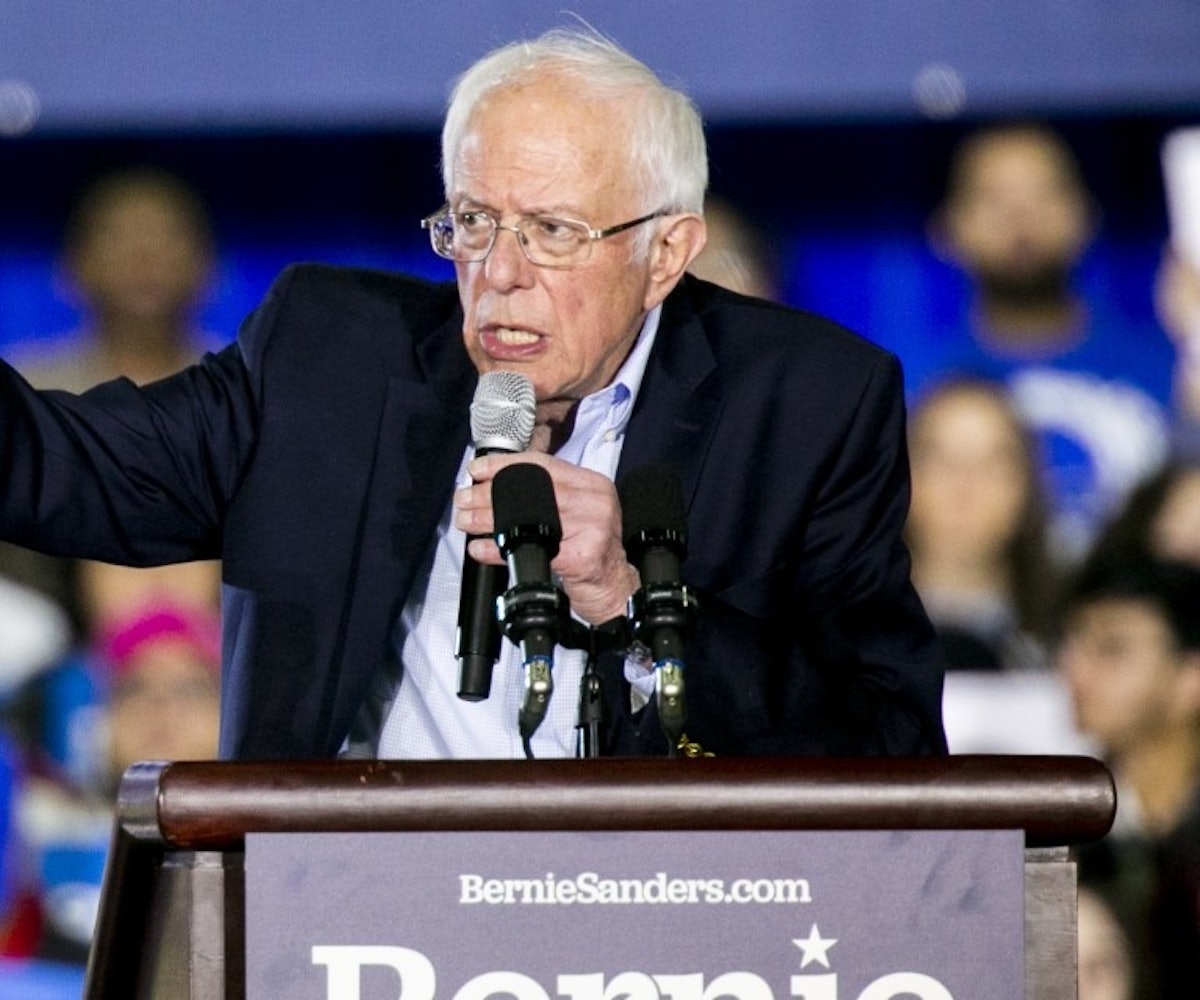 In very unexpected feud news, Bernie Sanders has called out Everlane on Twitter for laying off its customer experience employees, who announced their plans to unionize back in December.

"Nearly every member of our team was just laid off. Retail workers from Everlane stores are being trained to replace us to answer your support emails," the Everlane Union account tweeted on Friday. "We are devastated beyond measure."

On Saturday, Presidential hopeful Bernie Sanders then chimed in via Twitter with a strong message, calling Everlane's decision "unacceptable." Dad is pissed.

"Using this health and economic crisis to union bust is morally unacceptable," Sanders tweeted. "I'm calling on @Everlane to bring workers back on payroll and recognize the @EverlaneU."

Everlane's founder, Michael Preysman, responded to Sanders saying that the firing was not related to the group's unionizing, adding that the company is currently not profitable and does not have a cash balance.

"This was the hardest decision we've ever had to make," he wrote. "And we are doing everything we can to retain our team and survive."